The integrated writing task requires you to summarize and compare academic information. You should not include your opinion or experiences in your response to this task.

You will have three minutes to read a passage about an academic topic. You should take notes about the main points that the author makes, but you do not need to write a lot because you will be able to see the reading again when it is time to write.

Then you will listen to a piece of an academic lecture that addresses the same topic that you read about. The professor that is speaking may have the same opinion as the author of the article you read, but the professor often has an opposing point of view. You need to take good notes during the listening. You can only listen one time. Make sure you listen for the main points you found in the reading.

You will have 20 minutes to write your response to the question.

Your answer will not look like a traditional essay because this task is not an essay. This task is a summary. In order to summarize the information they give you, you will typically need four paragraphs. The first paragraph will state the relationship between the reading and the listening (e.g., do they agree about the topic, or do they disagree?). The other three paragraphs will each focus on a specific point that was addressed in both the reading and the listening. You do not need a conclusion paragraph. An effective response will have approximately 200 words.

In order to receive a high score on this section, you need to answer the question by writing about the important points from the reading and listening in a clear and accurate way.

With the advent of new technology like smartphones and social media, journalism has changed drastically. Before, professional journalists were primarily responsible for reporting the news. Now, anyone with a smartphone can become what people sometimes call "citizen journalists." This kind of journalist is not trained specifically to report the news, but they happen to be in the right place at the right time to see something and post about it online.

Since citizen journalists are always on the scene, they can immediately begin taking pictures or video. They can post on Twitter or Facebook from their smartphones immediately after something occurs. This is a clear advantage to having citizens writing about news events because sometimes the sooner information can get to the public, the better. For example, hundreds of people have been able to locate their loved ones immediately following a disaster by seeing a post from a citizen journalist online.

Citizen journalists are also able to reach a wider audience. Many people don't read newspapers or watch the nightly news, but they check social media. Citizen journalists can get news to those people very quickly online. Many times, within minutes of a major event, thousands of people already know what is going on because they heard about it on social media.

Citizen journalists provide a meaningful service because they are motivated by interest. This is a good thing because citizen journalists, as part of the public, understand perfectly what the public wants to hear about. They know what kinds of stories other people will be interested in. Rather than requiring research to know what kinds of stories people will want to read or listen to, they simply report on what they find interesting. 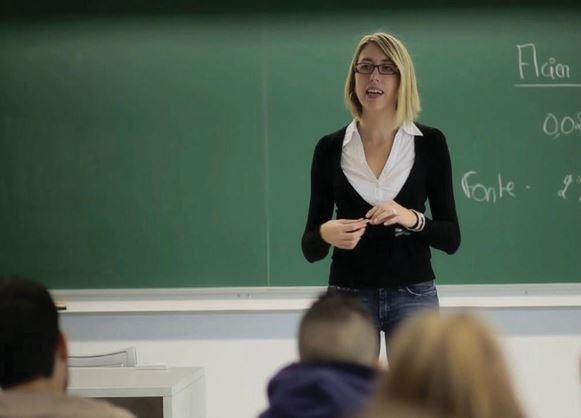 There has been a lot of debate recently in many news corporations about the possible threat that citizen journalists are for professional journalists. Fewer and fewer people buy physical newspapers, and watching a nightly news broadcast is also decreasing in popularity.

Something you have to think about is quality. The news that is reported by citizen journalists lacks the quality of news stories that are reported by professional journalists.

When citizen journalists report something, they do it very quickly. Because they report so fast, they don't have time to find all of the facts about a story, represent both sides of an issue, or check for accuracy. They typically don't do background research; they just present events unfolding as they unfold without any kind of context, which only shows part of the story.

They rush in to an event, post about it, and rush out of it without a thought about doing a quality job in their report.

Another thing that keeps professional journalists in the business is responding to the market. Professional journalists for most news corporations don't wait for people to come looking for the news. They actively post their own online content. They can reach as many people as anyone else online through social media and subscribers.

Most major newspapers have a website as well as employees who are in charge of getting the news stories online. They send reporters to major events to tweet everything live and share stories with tons of followers.

The reporting is very subjective and they usually only present their opinion of the event because it is a topic or an event they found personally interesting. They report their opinions rather than the whole truth.

Many students find it helpful to organize their notes with a T-Chart. On one side of the T-Chart, write down the main points from the reading. On the other side of the T-Chart, write down the corresponding points found in the listening. Even though the reading passage reappears on your screen while you write, taking notes on the reading is important. It can help you focus during the listening and give you something to listen for.

This is a sample T-Chart that could be used to show the points made in the example task.

These are two sample responses. The first response is a low-mid response because it has some of the details, but is missing significant points made in the lecture. It is not very developed and seems to focus a lot on the reading.

The second response is a high response because all of the main points are addressed, and the emphasis is on summarizing the listening and comparing it to the article, rather than summarizing every detail mentioned in both.

Citizen journalists are very quickly to share the news online. This is very good for disasters. But the professor said this is bad thing.

Citizen journalists are very interesting for their friends and people online to see their videos and pictures. People like to see the things their friends post and share them for other people to read too. I like this because I see many news that my friends like to see on social media. For me is very good.

To sum it all up, citizens are journalists too and they have some good points for showing the news to many people, but some people like professional journalists better.

First, the professor explained that reporting too quickly can be a disadvantage of citizen journalists because they don't fully investigate a story before reporting it. There is usually no effort made to understand the reasons or causes of an event; they just capture something as it happens and post it online. On the other hand, the reading passage takes the stance that the speed of citizen journalists is an advantage because people can find out about natural disasters quickly.

The second point made in the lecture is that professional journalists are able to reach as many people as citizen journalists because they actively seek to build their online presence through social media. The professor explained that many news websites have also extended to social media to cover stories on Twitter or to post about things online. The author of the reading passage, however, feels that citizen journalists reach more people when they post online.

The final point brought up by the professor is that citizen journalists are biased in their reports because they report on stories they personally find interesting. According to the professor, these journalists only share their opinions about a story without representing both sides of an issue or event. Professional journalists are obligated to research both sides of an issue and present them objectively for the public. The professor feels that reporting based on interest is a disadvantage. This clearly contrasts with the reading passage, which states that reporting news based off interest is an advantage, as it connects most easily to the interests of the public because it comes from a member of the public body.

Compare both of the example responses.

What do you notice about both responses?