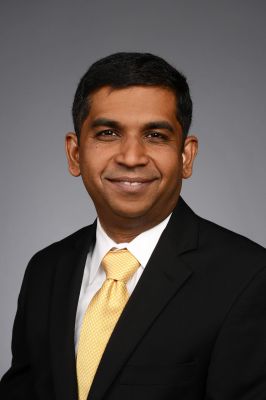 Bimal Balakrishnan, Ph.D., is an associate professor of Architectural Studies at the University of Missouri. His research and teaching interests are at the intersection of design thinking, advanced visualization, human-computer interaction, and media psychology. He draws on his academic training and research experience in architecture, media studies, and information sciences. He leads the Immersive Visualization Lab (iLab) at the University of Missouri, where his research team works on a variety of inter-disciplinary projects involving advanced visualization and simulation technology including virtual and augmented reality. His research projects have received funding from various state and federal agencies as well as the University of Missouri System. His research has been presented at leading international conferences on Computer-Aided Design and published in journals such as International Journal of Architectural Computing, Human-Computer Interaction and Science Communication, among others. Before joining MU, he earned an M.S. in Architecture and a Ph.D. in Mass Communication from the Pennsylvania State University. He started his career in India as an architect having earned a professional Bachelor of Architecture degree from the College of Engineering (Thiruvananthapuram) at the University of Kerala. He has worked as a designer with leading architecture firms in India such as Matharoo Associates and Environmental Creations on a variety of architectural projects across multiple typologies and scales.

From Engagement to User Experience: A Theoretical Perspective Towards Immersive Learning