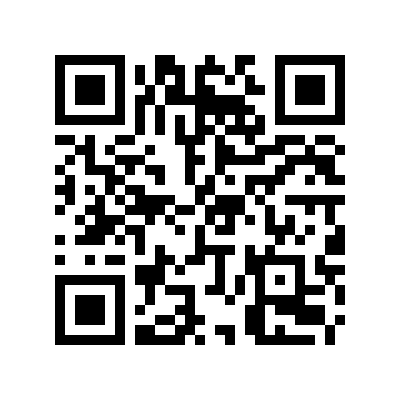 In Ernie Pooks Comique, Linda sleeps over at a friend’s house. The next day she says, “In the morning, her grandmother fried bananas. Everybody just got up and ate it and no one even thought it was weird.” Obviously, Linda thought having fried bananas in the morning was weird and when I read it so did I. In fact, from my white, middle-class background, having grandmother fix it seemed a little weird as well. But the point was that for Linda’s friend who ate fried bananas for breakfast often, fried bananas were not weird they were just breakfast. That is how cultural patterns are. To us they are breakfast, but to someone from a different culture, they are fried bananas.

According to the book Songlines, when white people first asked the aborigines who their “mother” or “father” was, they named the person who was born on their songline spot as their “mother” or “father.” Of course, this was not the person who gave them birth or from whom their biologic heritage emerged. This wasn’t even the person they lived with or who raised them. Instead it was the person from whom their heritage within their tribe was connected. For a long time, the Australians thought the aborigines were confused or not too bright since they could not even name their biologic parentage. As Westerners often reared in nuclear families with minimal connections to extended family, the question of “who are your parents?” seems to be a straightforward one. In fact, it is around just such basic premises as heritage, food and clothing preferences, and forms of address that culture can be most confusing and problematic.

When I taught on the Navajo Reservation, I remember the football coach stooping lower and lower, finally almost squatting on the ground as he tried to look a young Navajo player in the eye as he gave directions. On another occasion a stranger, standing behind me in the grocery line and looking toward me was asking me very personal questions about my family vacation. I answered politely. The question was followed by another and another unrelated to the answers I was giving. I thought I was in the twilight zone until I realized that the person was talking to a person who they had their back to—that is the way personal discussion proceeded among the Navajos.

Such cultural differences make interesting reading and anecdotes, but they can make the lives of language minority children and teachers complex and difficult. For example, in her analysis of differences in home and school culture for Native American children in the Southwestern United States, Susan Phillips found that in conversation at home, everyone talked at once until one speaker gained the floor. For a moment or two one voice would rise in ascendancy and then the other voices would pick up again. The show and tell format, where children share special possessions or experiences with the whole class, is seen by Native Americans not as sharing but as boasting. It is impolite to volunteer answers in class as the lone person who knows the answer and so these two patterns cause very conflicting views of the academic capability of these students. You can imagine the frustration of teachers and classmates when children from these backgrounds used these same turn-taking patterns in school or playground conversations.

Sometimes cultural differences alone can cause teachers to interpret student behavior as signs of poor intellect, low self-esteem, inappropriate socialization or even mental illness. When the social interaction skills from a culture can cause a child to fail at school, that child becomes what Fred Erickson, an educational anthropologist, calls a “socially-constructed pariah.” Such a person would perform fine within her own cultural group. But, in a situation where the child uses cultural patterns of social interaction that are fine in her home culture, but deemed inappropriate in the present culture the child may be seen as boorish, unpleasant, pushy, etc.

One of my teacher friends from Tucson told about her first experiences teaching in an inner-city California school. In some settings when students made a particular comment in class, which seemed innocuous to her, members of the class became insulted and fights or name calling quickly broke out. She could not tell initially when the word would be followed by problems and when classroom life would proceed as usual. In order to resolve the problem, she did a short observational study of the use of the term. She asked students questions about its use. She talked to parents about the phrase. She tried using it herself. Through the techniques of ethnography, she came to understand the culture of her students and the meaning of their language—even though in this case it was English.

My friend studied the culture of her students. She noted their dress, their interaction with each other both inside the school and in more informal situations in the larger community. She found informants among students, parents, and community members that could explain what things meant. She became a culturally sensitive teacher by first coming to understand her students’ culture and then using what she knew to support student learning.

Not long after Erik Erikson immigrated to America, he was invited to study Sioux Reservation schools. What he noticed was the discontinuity between the cultural expectations Sioux parents had for their children as they moved into adulthood and the roles and responsibilities that the reservation teachers were attempting to educate these students for. For both indigenous and immigrant minorities the lack of cultural congruence between home and school environments is sometimes a chasm. We as teachers stand in the most central position to act as bridge between the home and the school. Teachers can help students learn and acculturate to new cultural contexts by recognizing the difference between the expectations and cultural patterns of the school and the home. This is not a simple or an easy task, yet the bases for action are simple ones. First, teachers should not assume that patterns of classroom behavior that seem obnoxious, recalcitrant, or socially inappropriate are evidence of the child’s background, rearing, personality or dysfunctional home life.

Instead, the teacher should try to determine whether the disjunct is caused by a lack of congruence between the culture of the classroom and the child’s home culture. Second, teachers should read and study the culture of the children in their classrooms: autobiographies, documentaries, histories, and personal essays written by members of or focusing on a culture can all give insight into the cultural patterns and practices of students. Finally, teachers should make explicit the rules of the classroom, school, and community culture the child is now entering. Remember for Linda’s friend and perhaps your students’ grandma fixing fried bananas in the morning is just breakfast.