Competing Information in a Free Press

Give examples of how a free press can provide competing information and views about government and politics. (Massachusetts Curriculum Framework for History and Social Studies) [8.T7.2]

FOCUS QUESTION: How Does a Free Press Provide Competing Information about Government and Politics?

Standard 2 looks at how a free press provides information about government and politics to people, both historically and in today's digital age. In many countries around the world, the press is not free and people receive one side only of a story about a topic or issue—the side the government wants published. A free press, by contrast, presents topics so people get wide-ranging and informed perspectives from which they can make up their own minds about what candidates and policies to support (explore the site AllSides to see how news is presented differently depending on the platform).

1. INVESTIGATE: History of Newspapers, Then and Now

Historians cite Ancient Rome's Acta Diurna (Latin for daily proceedings or public acts and records) as the first newspaper. Carved on stone or metal and posted in public places, these publications shared the news of legal proceedings and court decisions as well as births, deaths, and marriages. Modern newspapers follow from Gutenberg's invention of the printing press in the early 1600s. Go here for an overview and learning plan on the History of Newspapers from the University of Minnesota Libraries.

More than a century ago, the newspaper was how people in the United States learned about what was happening in the world. It was the social media of the time. In 1900, more than 20,000 different newspapers were published in this country; 40 papers had over 100,000 readers. The viewpoints of these papers reflected different political parties and political philosophies, were published in many different languages besides English, and were written for both general and specialized audiences (Breaking the News in 1900, TeachingHistory.org). As historian Jill Lepore (2019, p. 19) noted, “The press was partisan, readers were voters and the news was meant to persuade.”

Changing Outlets for the News

While online and television news expands, a Brookings Institution researcher concluded that more than 65 million Americans live in what can be called “news deserts”—counties with only one or no local newspapers (visit Local Journalism in Crisis for a map of local newspapers in the United States).

Between 1970 and 2016, more than 500 daily newspapers went out of business, and the downsizing has continued—one-third of the nation’s remaining newspapers reported laying off employees (Lepore, 2019). That same year, in 2016, Google made four times the advertising revenue of the entire American newspaper industry combined (Lemann, 2020, p. 39).  A 2018 study found that just 2% of American teenagers read a print newspaper regularly—the report was subtitled “the rise of digital media, the decline of TV, and the (near) demise of print” (Trends in U.S. Adolescents’ Media Use, 1976-2016).

An added complexity are the ways that TV news outlets cover political news. Analyzing the frequency on which members of Congress appear on cable and broadcast news, researchers found that the most airtime goes to those with the most extreme views (Journalist's Resource, January 17, 2021). While extreme viewpoints may drive ratings for news programs, such bias in coverage contributes to political polarization, dislike of opposing viewpoints, and distrust in institutions of government.

All these developments raise a fundamental question: How is the decline of print newspapers and the rise of digital media changing the roles of the press in our society? 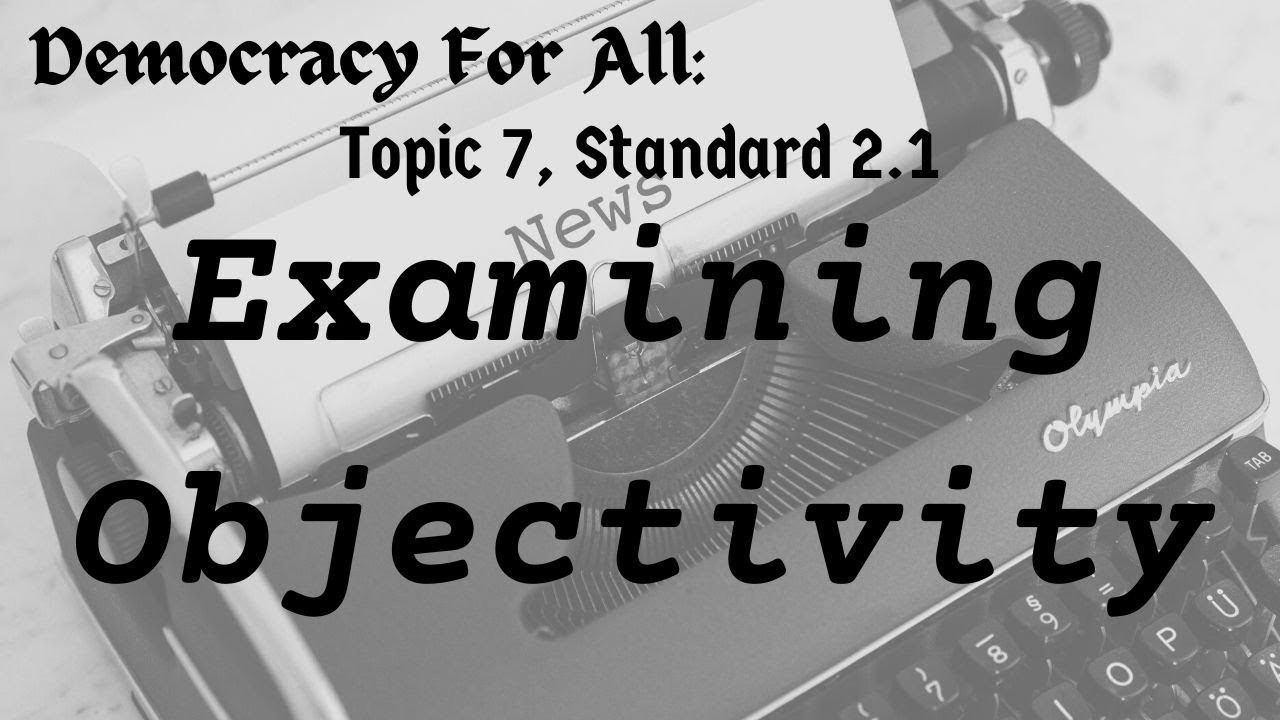 Focus Question: How can readers evaluate the objectivity or perspective of a news article?

Activity 1: Analyzing the News From All Sides

Below are the links to different news stories covering the same topic from different points of view: one conservative/right, one moderate/center, and one liberal/left. Choose one topic to analyze, then read through the three different articles written from each political perspective.

Activity 2: Writing the News From All Sides

Create a Graphic History of The Newsboys Strike of 1899

Design an Infographic on the History of the Black Press

Investigative journalism is one of the ways that a free press provides truthful information to people. Investigative journalism “involves exposing to the public matters that are concealed–either deliberately by someone in a position of power, or accidentally, behind a chaotic mass of facts and circumstances that obscure understanding. It requires using both secret and open sources and documents” (Mark Lee Hunter as cited in UNESCO, 2015, para. 1).

The United States has a history of courageous investigative journalists willing to “speak truth to power” by informing the public of intolerable conditions and corrupt practices by citizens and companies.

In recent decades, the work of reporters and writers demonstrate the enormous impacts that investigative journalism can have in society: David Halberstam earned a Pulitzer Prize for revealing the lack of truth in U.S. claims of military success during the Vietnam War; Seymour Hersh uncovered the 1968 My Lai Massacre of Vietnamese civilians by American troops; in 1971, Daniel Ellsberg released the Pentagon Papers, top-secret documents about the American War in Vietnam. In recent years, the #MeToo Movement has exposed widespread sexual misconduct toward women by prominent men in business, the media, and government (visit How investigative journalism sparked off the #MeToo movement).  In early 2020, a group of digital whistleblowers made the world aware of the coronavirus outbreak in China (The Digital Radicals of Wuhan).

3. ENGAGE: Does Every Citizen Need to be Her or His Own Investigative Journalist?

On June 17, 1972 a night-time break-in and burglary occurred at the Democratic National Headquarters in the Watergate Hotel in Washington, D.C. - an event which ended up having immense national and historical significance. The break-in was done by a group of former FBI and CIA agents called the “Plumbers,” all with strong ties to the Republican Party and committed to the re-election of President Richard M. Nixon. The “Plumbers” sought to bug telephones and find political dirt on the Democratic Party.

Labelled the Watergate Break-In, the event was revealed through years of investigative journalism by the press, notably reporters Bob Woodward and Carl Bernstein of The Washington Post, and uncovered abuses of power and illegal deeds that led to Richard Nixon’s resignation as President. Nixon is the only man ever to resign the Presidency.

Investigative journalism plays an essential role in a democracy, but the work of investigation is long and difficult. It takes time and money to track down sources, verify facts, and locate the truth. Unlike Watergate, not every case of wrongdoing and corruption is exposed; many times the guilty are never held accountable for their actions. The decline of newspapers, locally and nationally, means there are fewer investigative journalists on the job.

In today's media-driven society, gossip and celebrity journalism often get more attention than investigative journalism. There are numerous television shows, websites, and print magazines devoted to reporting on celebrities and their lifestyles. While the lives of the rich and famous may be interesting, reporting on those individuals generally does not give "people the information they need to make better decisions about their lives and society" (Kovach & Rosenstiel, 2014).

In their book The Elements of Journalism, journalists Bill Kovach and Tom Rosenstiel declared that every citizen must become their own investigative journalist - constantly evaluating all the news and information they receive from multiple sources for reliability and truth. Certainly everyday people cannot function like newspaper reporters whose full-time job is finding and reporting the news. But everyday people, including students in schools, can be what Kovach and Rosenstiel call "journalist/sense makers" who use the information they get from professional media and print journalists to make their own decisions by separating facts from fictions, knowledge from rumor and truth from propaganda and lies. 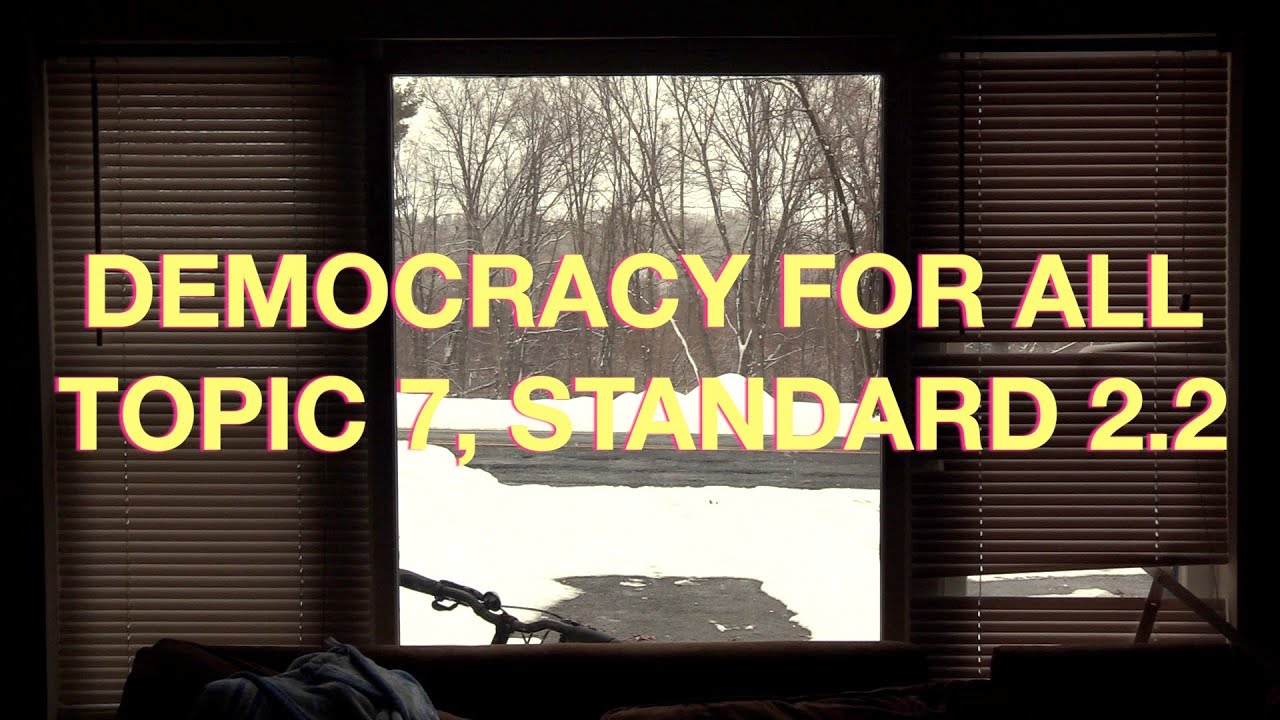 Focus Question: What topic would you investigate as a journalist?

Investigative journalists have helped to create social and political change from improving worker conditions in the early 1900s (the early muckrakers’ work of Tarbell, Wells, Sinclair, and others) to exposing sexual harassment in the 2010s. Given journalism's potential to affect social change, what contemporary issues would you investigate?

Activity: Investigate an Issue as a Journalist

In this standard, INVESTIGATE summarized the history of newspapers, the current decline of print journalism, and the rise of digital news. UNCOVER presented the histories of prominent late 19th century and mid-20th century investigative journalists - Nellie Bly, Ida Tarbel, Upton Sinclair, and Rachel Carson - each of whom used newspapers to expose corruption in government and improve society. ENGAGE explored the question, Does Every Citizen Need to be Her or His Own Investigative Journalist? starting with the role of the Washington Post newspaper in the Watergate Scandal that led to President Richard Nixon’s resignation in 1974—events that have taken on added relevance against the backdrop of Donald Trump's actions related to Russian interference in the 2016 Presidential election and the 2019-2020 impeachment inquiry over the withholding of military aid to the nation of Ukraine.