CoverIntroduction for EducatorsExpanded Table of Contents with Media Literacy ConnectionsUpdates & Latest AdditionsLearning Pathway: Black Lives MatterLearning Pathway: Influential WomenLearning Pathway: Student RightsLearning Pathway: Election 2020Learning Pathway: Current Events Learning Pathway: Critical Media LiteracyTeacher-Designed Learning PlansTopic 1. The Philosophical Foundations of the United States Political System1.1. The Government of Ancient Athens1.2. The Government of the Roman Republic1.3. Enlightenment Thinkers and Democratic Government1.4. British Influences on American Government1.5. Native American Influences on U.S. GovernmentTopic 2. The Development of the United States Government2.1. The Revolutionary Era and the Declaration of Independence2.2. The Articles of Confederation2.3. The Constitutional Convention2.4. Debates between Federalists and Anti-Federalists2.5. Articles of the Constitution and the Bill of RightsTopic 3. Institutions of United States Government3.1. Branches of the Government and the Separation of Powers3.2. Checks and Balances Between the Branches of Government3.3. The Roles of the Congress, the President, and the Courts3.4. Elections and Nominations3.5. The Role of Political PartiesTopic 4. The Rights and Responsibilities of Citizens4.1. Becoming a Citizen4.2. Rights and Responsibilities of Citizens and Non-Citizens4.3. Civic, Political, and Private Life4.4. Fundamental Principles and Values of American Political and Civic Life4.5. Voting and Citizen Participation in the Political Process4.6. Election Information4.7. Leadership and the Qualities of Political Leaders4.8. Cooperation Between Individuals and Elected Leaders4.9. Public Service as a Career4.10. Liberty in Conflict with Equality or Authority4.11. Political Courage and Those Who Affirmed or Denied Democratic Ideals4.12. The Role of Political Protest4.13. Public and Private Interest Groups, PACs, and Labor UnionsTopic 5. The Constitution, Amendments, and Supreme Court Decisions5.1. The Necessary and Proper Clause5.2. Amendments to the Constitution5.3. Constitutional Issues Related to the Civil War, Federal Power, and Individual Civil Rights5.4. Civil Rights and Equal Protection for Race, Gender, and Disability5.5. Marbury v. Madison and the Principle of Judicial Review5.6. Significant Supreme Court DecisionsTopic 6. The Structure of Massachusetts State and Local Government6.1. Functions of State and National Government6.2. United States and Massachusetts Constitutions6.3. Enumerated and Implied Powers6.4. Core Documents: The Protection of Individual Rights6.5. 10th Amendment to the Constitution6.6. Additional Provisions of the Massachusetts Constitution6.7. Responsibilities of Federal, State and Local Government6.8. Leadership Structure of the Massachusetts Government6.9. Tax-Supported Facilities and Services6.10. Components of Local GovernmentTopic 7. Freedom of the Press and News/Media Literacy7.1. Freedom of the Press7.2. Competing Information in a Free Press7.3. Writing the News: Different Formats and Their Functions7.4. Digital News and Social Media7.5. Evaluating Print and Online Media7.6. Analyzing Editorials, Editorial Cartoons, or Op-Ed CommentariesGlossaryIndex of Terms
2.2

The Articles of Confederation

Standard 2.2: The Articles of Confederation

Analyze the weaknesses of the national government under the Articles of Confederation; and describe crucial events (e.g., Shays’ Rebellion) leading to the Constitutional Convention. (Massachusetts Curriculum Framework for History and Social Science) [8.T2.2]

FOCUS QUESTION: How Did the Articles of Confederation Seek to Balance the Powers of Federal and State Government?

Initially proposed in 1777 but not finally ratified until 1781, the The Articles of Confederation and Perpetual Union were the nation’s first constitution and established its first central government. John Dickinson, Pennsylvania delegate to the Continental Congress, wrote the first draft, using the phrase "United States of America" possibly for the first time (Lepore, 2018, p. 97).

Prior to the Articles, each of the 13 colonies functioned as its own independent government. The colonies lacked a structure through which to work together toward common goals. The Articles created a central government—albeit a weak one—to oversee the conduct of the Revolutionary War and to conduct foreign diplomacy on behalf of the new nation. Historian Jill Lepore (2018) called the Articles "more like a peace treaty, establishing a defensive alliance among the sovereign states, than a consitution" (pp. 97-88). Here is the text of the Articles.

The Articles of Confederation brought forth contentious issues over the power of the federal government versus the autonomy and independence of the states. "Efforts to revise the Articles proved fruitless," noted Jill Lepore (2018), "even though the Continental Congress had no standing to resolve disputes between the states nor any authority to set standards or regulate trade" (p. 114). Those tensions—coupled with Shays’ Rebellion in Massachusetts—proved too great for the confederation government and the Articles ended when the Constitutional Convention was convened in 1787.

How should the United States achieve a balance between federal versus state power? That question, raised by the Articles, was never fully addressed by the Constitution and it has remained ever-present throughout U.S. history, including the Civil War over slavery, Franklin Roosevelt's responses to Great Depression and the New Deal, and 20th century efforts by southern states to resist integration of African Americans during the Civil Rights Movement.

In 2020, the COVID-19 pandemic again pitted states against the federal government over the allocation of medical supplies, the implementation of testing and contact tracing, decisions about when to re-open businesses and schools, and the administration of financial relief legislation.

The modules for this topic explore the tensions between federal and state power in the 18th century with Shays' Rebellion and in the 21st century with the regulation of self-driving automobiles.

1.INVESTIGATE: Government Under the Articles of Confederation

John Hanson, a merchant and public official from Maryland, was the first "President of the United States in Congress Assembled" under the Articles of Confederation. The position of President of Congress was largely ceremonial; there was no executive branch of government like there is today. Hanson served one year, issued the first Thanksgiving proclamation, was followed by seven other men, each serving one year terms. There is a statue of John Hanson in the U.S. Capitol Building (see the Architect of the Capital website).

Congress, under the Articles of Confederation, was relatively powerless. It could pass laws, but not enforce them. It could not raise troops for war. It did not have the power to tax, but it could raise money from the states (Digital History, 2019).

Members of Congress represented states, not people, and each state had one vote. Since any state could veto any proposed legislation, it was difficult to get anything done at a national level. The following wiki pages offer more information about the Articles and their failures as a framework for government:

Online Resources for the Articles of Confederation

2.UNCOVER: Shays’ Rebellion and the Coming of the Constitution

Shays’ Rebellion was an armed uprising against the government of Massachusetts by farmers in the western part of the state. It lasted from August 1786 to June 1787.

Daniel Shays, a Revolutionary War veteran, was the leader of the rebellion. Shays and his followers, facing heavy debt and high taxes, decided to protest the state government and local courts that were auctioning off their homes and land for nonpayment of taxes.

In January 1787, Shays led a group into a confrontation with the state militia at the Springfield, Massachusetts Armory. Shots were fired, four protestors were killed and the rebellion was effectively ended. Listen to a Podcast on Shays' Rebellion from "Ben Franklin's World: A Podcast About Early American History.”

The impact of Shays’ Rebellion was profound, illustrating to many that the national government under the Articles of Confederation could not manage finances or effectively enforce laws.

Political leaders worried that more instability and uprisings would follow. Future president George Washington wrote a letter warning of “anarchy and confusion” unless governments can enforce their laws. Historians agree that the alarm over Shays’ Rebellion led to the convening of the Constitutional Convention and the writing of the Constitution.

3. ENGAGE: How Much Power Should the Federal Government Have in the 21st Century? The Case of Self-Driving Cars and Trucks

The Articles of Confederation’s debates over the powers of state and federal government remain with us today in the 21st century. One example is the case of self-driving cars and trucks: Should the federal or state government have the power to regulate the testing and use of these vehicles on streets, roads, and highways?

It is estimated that there are some 270 million cars, trucks, and buses on U.S. roads and highways (Vehicle Electrification: Federal and State Issues Affecting Deployment, Congressional Research Service, June 3, 2019).

Self-driving cars and trucks (also known as "driverless cars" or "autonomous vehicles") are means of transportation where human drivers do not have to operate the vehicle. In design, self-driving cars and trucks use laser beams, radar, high-powered cameras and sonar to map their surroundings and then make predictive calculations to perform the necessary driving maneuvers - accelerate, slow down, brake, stop and so on - all without human intervention or control (Self-Driving Cars Explained). According to BusinessWire, 20.8 million autonomous vehicles will be in operation in the United States by 2030.

Presently, inventors have been putting money into autonomous truck start-ups, indicating that self-driving trucks may become commonplace before cars (Trucks Move Past Cars on the Road to Autonomy, July 25, 2021). The pandemic has demonstrated the country's reliance on moving goods by trucks and robot drivers offer significant savings to shippers; perhaps cutting costs in half compared to human-driven trucks. But there are potential risks and unresolved questions. Huge trucks can have accidents and cannot easily negotiate crowded city streets so human drivers will still be needed for short hauls.

Vehicles with different amounts of autonomy are currently being tested and sold. Automatic acceleration and speed controls, braking, steering, lane switch prevention - the technology exists for cars to function in most driving situations with humans on alert to take over when prompted to do so. In this fast-developing field, what level of government has the authority and responsibility to regulate self-driving vehicles? At the moment, declared Wired Magazine, no one is regulating self-driving cars.

The question of regulation took on renewed importance in 2018 when a self-driving Uber test vehicle struck and killed a woman pedestrian in Arizona. While the National Transportation Safety Board is the federal agency overseeing motor vehicle safety, the testing of self-driving cars is seen as a responsibility of state governments. Arizona is leading the way in promoting the development of autonomous vehicles.

There are many competing interests in the development of self-driving vehicles. Auto manufacturers want less government regulation in order to compete against Chinese companies in a global market for autonomous vehicles. Safety advocates want more government oversight so unproven technology does not result in accidents and deaths. Some states want to pass their own laws while others would prefer the federal government set a standard that everyone must follow. One trucking company actually urged the Trump Administration to build federal highways just for driverless trucks (We Still Can't Agree How to Regulate Self-Driving Cars).

The following activity is drawn from debates over the role of the federal government versus state government that have existed since the Articles of Confederation and the writing of the U.S. Constitution. The activity asks you to investigate how auto manufacturers are marketing cars and what local, state, and national governments should be doing to create safer driving for everyone. 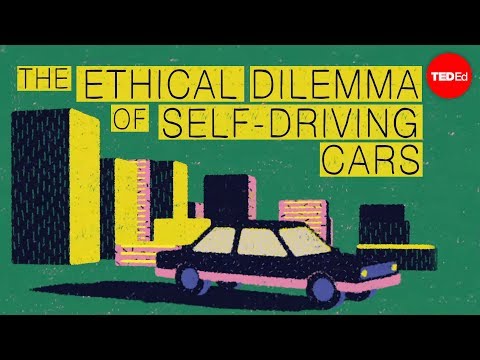 The Articles of Confederation where the nation's first central government. INVESTIGATE examined how the government functioned under the Articles, including the continuing issues of state versus federal power and authority. UNCOVER explored the role of Shays' Rebellion in the writing of the new Constitution. ENGAGE used the example of modern-day self-driving cars to explore the power of the federal government in the 21st century.