CoverIntroduction for EducatorsExpanded Table of Contents with Media Literacy ConnectionsUpdates & Latest AdditionsLearning Pathway: Black Lives MatterLearning Pathway: Influential WomenLearning Pathway: Student RightsLearning Pathway: Election 2020Learning Pathway: Current Events Learning Pathway: Critical Media LiteracyTeacher-Designed Learning PlansTopic 1. The Philosophical Foundations of the United States Political System1.1. The Government of Ancient Athens1.2. The Government of the Roman Republic1.3. Enlightenment Thinkers and Democratic Government1.4. British Influences on American Government1.5. Native American Influences on U.S. GovernmentTopic 2. The Development of the United States Government2.1. The Revolutionary Era and the Declaration of Independence2.2. The Articles of Confederation2.3. The Constitutional Convention2.4. Debates between Federalists and Anti-Federalists2.5. Articles of the Constitution and the Bill of RightsTopic 3. Institutions of United States Government3.1. Branches of the Government and the Separation of Powers3.2. Checks and Balances Between the Branches of Government3.3. The Roles of the Congress, the President, and the Courts3.4. Elections and Nominations3.5. The Role of Political PartiesTopic 4. The Rights and Responsibilities of Citizens4.1. Becoming a Citizen4.2. Rights and Responsibilities of Citizens and Non-Citizens4.3. Civic, Political, and Private Life4.4. Fundamental Principles and Values of American Political and Civic Life4.5. Voting and Citizen Participation in the Political Process4.6. Election Information4.7. Leadership and the Qualities of Political Leaders4.8. Cooperation Between Individuals and Elected Leaders4.9. Public Service as a Career4.10. Liberty in Conflict with Equality or Authority4.11. Political Courage and Those Who Affirmed or Denied Democratic Ideals4.12. The Role of Political Protest4.13. Public and Private Interest Groups, PACs, and Labor UnionsTopic 5. The Constitution, Amendments, and Supreme Court Decisions5.1. The Necessary and Proper Clause5.2. Amendments to the Constitution5.3. Constitutional Issues Related to the Civil War, Federal Power, and Individual Civil Rights5.4. Civil Rights and Equal Protection for Race, Gender, and Disability5.5. Marbury v. Madison and the Principle of Judicial Review5.6. Significant Supreme Court DecisionsTopic 6. The Structure of Massachusetts State and Local Government6.1. Functions of State and National Government6.2. United States and Massachusetts Constitutions6.3. Enumerated and Implied Powers6.4. Core Documents: The Protection of Individual Rights6.5. 10th Amendment to the Constitution6.6. Additional Provisions of the Massachusetts Constitution6.7. Responsibilities of Federal, State and Local Government6.8. Leadership Structure of the Massachusetts Government6.9. Tax-Supported Facilities and Services6.10. Components of Local GovernmentTopic 7. Freedom of the Press and News/Media Literacy7.1. Freedom of the Press7.2. Competing Information in a Free Press7.3. Writing the News: Different Formats and Their Functions7.4. Digital News and Social Media7.5. Evaluating Print and Online Media7.6. Analyzing Editorials, Editorial Cartoons, or Op-Ed CommentariesGlossaryIndex of Terms
6.4

Compare core documents associated with the protection of individual rights, including the Bill of Rights, the 14th Amendment, and Article 1 of the Massachusetts Constitution. (Massachusetts Curriculum Framework for History and Social Studies) [8.T7.4]

FOCUS QUESTION: How are Individual Rights Expressed in the Core Documents of American Democracy?

The individual rights of Americans are set forth in core documents, including the Bill of Rights, the 14th Amendment, and Article 1 of the Massachusetts Constitution. Each of these documents serve as foundations for our democracy and have been influenced and shaped by historical pressures by the government, political groups, and the courts. Standard 6.4 offers an opportunity to investigate what these core documents promise all citizens while also uncovering the long road to marriage equality in our society.

1. INVESTIGATE: The Bill of Rights, the 14th Amendment, and Article I of the Massachusetts Constitution

The first 10 Amendments of the United States Constitution is known as The Bill of Rights. It was proposed in 1789 and ratified by the states in 1791. Written by James Madison along with Thomas Jefferson, Alexander Hamilton, and the other authors of the Constitution, it is a fundamental document of American freedom.

The Bill of Rights makes clear what Thomas Jefferson meant by the phrase “inalienable rights” in the Declaration of Independence. People’s rights exist “prior to government and thus cannot be rescinded by it.” As a statement and a symbol of freedom and legal protection for every individual, the Bill of Rights “lies at the heart of American conceptions of individual liberty, limited government, and the rule of law” (Santow, nd., pp. 2-3).

The Bill of Rights is explored more fully in Topic 2, Standard 5 in this book.

The 14th Amendment is explored in Topic 4, Standard 4 in this book.

Article I of the Massachusetts Constitution focuses on the rights of people (see Table 6.4).

A person's right to privacy has become a contentious issue with regards to the information and data that is collected by technologies, social media platforms, and digital tools and apps. Social media sites collect your personal information as soon as you register. Websites use trackers to capture and share your data. Apps that you download can track your location and even share it with authorities.

In the following activity, you will review the privacy policies of various websites, apps, and social media platforms and then, based on what you learn, propose an amendment to the Constitution that focuses on the right to privacy in digital settings. 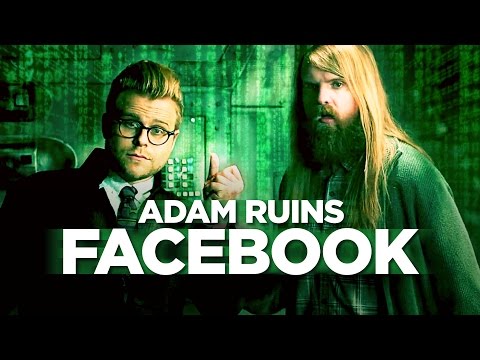 Online Resources for the Massachusetts Constitution

Marriage equality, as established by the 2015 landmark Obergefell v. Hodges Supreme Court decision, means that same-sex couples can be lawfully married in all 50 states.

In the Obergefell case, the court held that the 14th Amendment requires states to license marriages between two people of the same sex and to recognize such marriages as legal when performed in another state. The decision resulted from decades of legal action, political controversy, and changes in societal attitudes toward gay, lesbian, and transgender people.

The first major same-sex marriage court case took place in Hawaii in 1993. The trial judge in the case Baehr v. Miike (originally Baehr v. Lewin) ruled that denying marriage licenses to same-sex couples was a form of discrimination and therefore unjustified. This first-ever ruling in favor gay marriage was later overturned by the Hawaii Supreme Court, but a legal foundation for the freedom to marry movement was set. The decision also produced a widespread anti-gay backlash, including the passage of the 1996 Defense of Marriage Act. For more information, read Baehr v. Lewin and the Long Road to Marriage Equality.

Passed by Congress in 1996, the Defense of Marriage Act (DOMA) defined marriage as a relationship between a man and a woman and prevented the federal government from recognizing marriages by same-sex couples even if these were considered legal in their home state. DOMA was overturned by the Supreme Court in U.S. v Windsor (2013) which held that the law deprived same-sex couples of their 5th Amendment rights for equal protection under federal law.

3. ENGAGE:  When Should You Go to Small Claims Court?

Criminal offenses, traffic tickets, and divorce proceedings are not settled in these courts. Anyone 18 or over can file a claim. There is no jury; the case is heard and decided by a judge or a magistrate.

As an example, in A Guide to Small Claims Court Cases, written by Legal Aid of North Carolina, there are two cases, one where you are the plaintiff (the person who starts the lawsuit) and the other where you are the defendant (the one being sued).

Small claims courts have their origins in a longstanding American belief in individualism and an “image of the simple, lawyerless court where ordinary people can represent themselves and deal with their own affairs” (Steele, 1981, p. 302).

There are many advantages to small claims court. Court proceedings do not involve costly legal paperwork. You can speak for yourself without paying for an attorney to represent you (although many people consult with an attorney beforehand).  The process is less formal than criminal court and the issue is usually resolved quickly.

Learn about the steps in the small claims court process from “What Do I Need to Know about Filing a Small Claims Court Case?” by the Massachusetts Law Reform Institute.

However, going to court involves time off from work or school - a potential burden for many people. There are court fees to be paid. Also, it is not easy to collect money even if you win in court. The other party may delay or even fail to pay, setting in motion a lengthy process to gain the funds owed.

Given these disadvantages, many people prefer to try and settle disputes outside of court through negotiations between the parties or using a formal mediation process.

The concept of individual rights is essential to democracy in this country. INVESTIGATE explored three key documents that set forth the rights of the individual - the Bill of Rights, the 14th Amendment, and Article 1 of the Massachusetts Constitution. UNCOVER examined the history of marriage equality court cases. ENGAGE asked when should an individual consider going to small claims court to settle a dispute.