Examine the varied understandings of the role of elected representatives and discuss those who have demonstrated political courage or those whose actions have failed to live up to the ideals of the Constitution. (Massachusetts Curriculum Framework for History and Social Studies) [8.T4.11]

Political courage is the act of standing up for and affirming American ideals no matter how popular or unpopular those ideas may be at a given time in history.

Women and men who show political courage are essential to a democracy, for as John F. Kennedy, the 35th President, wrote in the 1957 Pulitzer Prize winning book, Profiles in Courage: "The true democracy, living and growing and inspiring, puts its faith in the people – faith that the people will not simply elect men who will represent their views ably and faithfully, but also elect men who will exercise their conscientious judgment – faith that the people will not condemn those whose devotion to principle leads them to unpopular courses, but will reward courage, respect honor and ultimately recognize right" (quoted from About the Book: Profiles in Courage, John F. Kennedy Presidential Library and Museum).

What were times in U.S. history when the actions of political figures affirmed or denied American ideals? The INVESTIGATE and UNCOVER modules for this standard first explore examples of individuals who had the political courage to affirm the ideals of freedom and justice for all. As a dramatic counterpoint, an ENGAGE module presents examples of individuals and policymakers whose actions contradicted and suppressed American ideals.

1. INVESTIGATE: When American Ideals Were Affirmed

Political courage is illustrated by the actions of those who stand up for the ideals of liberty and justice in sharp contrast to those who do not. American history is filled with examples of courageous women and men who faced discrimination, injustice, and hatred but still worked ceaselessly to build a better, more equitable society.

Writing About Politically Courageous Elected Officials a video from John F. Kennedy Presidential Library provides an opportunity to learn more about courageous Americans. Also, view the The Struggle for Justice, an exhibition from the National Portrait Gallery.

Joseph Cinque (Sengbe Pieh) led a slave revolt aboard the ship Amistad in 1839 and was defended in court by the former President, John Quincy Adams.

There is more information at a resourcesforhistoryteachers wiki page for Sengbe Pieh (Joseph Cinque), John Quincy Adams and the Amistad Case.

In a famous court case, John Scopes, a public school science teacher, went to jail because he taught the theory of evolution in a Tennessee school in 1925.

There is more information about the evolution controvesy at resourcesforhistoryteachers wiki pages for The Scopes Trial and the Debate Over Charles Darwin's Origin of the Species and Charles Darwin and the Theory of Evolution.

The five-year-long Delano Grape Strike and Boycott (1965-1970) was a transformative moment in the American Labor Movement. The strike began on September 8, 1965 when Filipino-American grape workers in California’s San Joaquin Valley went on strike against poor pay and deplorable working conditions. Initially led by Larry Itliong and Philip Vera Cruz, the strikers hoped for a 15 cents an hour raise.

Soon after, Mexican American labor activists Cesar Chavez (An American Hero: Biography of Cesar E. Chavez) and Dolores Huerta (Biography from Dolores Huerta.org) joined the strike. They organized Filipino and Mexican-American workers into the United Farm Workers union. Promoting nonviolent tactics in the face of violence from supporters of the grape producers, the Farm Workers Union began a national boycott and millions of Americans stopped eating grapes in support of the strikers.

When the strike ended in 1970, farm workers everywhere were able to receive higher wages and better benefits. However the original Filipino strikers have been largely forgotten for their role in launching the strike. Learn more: The 1965-1970 Delano Grape Strike and Boycott.

One outgrowth of the strike is a movement to create a Cesar Chavez National Holiday. Presently, Cesar Chavez is honored with a state holiday in California and an optional holiday in Colorado and Texas. Additionally, there are yearly celebrations in Arizona, Michigan, Nebraska and New Mexico.

There is more information about the Cesar Chavez and the Grape Strike at a resourcesforhistoryteachers wiki page for the Latino Civil Rights Movement.

Nine months before Rosa Parks’ famous protest, a fifteen-year-old high school student named Claudette Colvin refused to give up her seat on a Montgomery Alabama city bus. She was dragged from the vehicle and arrested by white police officers becoming the first person arrested for resisting bus segregation in Montgomery.

A district court ruled that segregation on buses inside the state of Alabama was unconstitutional because it denied African Americans equal protection of the law under the 14th Amendment. On December 17, 1956, the United States Supreme Court affirmed the district court’s decision. Three days later an order for integrated buses ended the Montgomery Bus Boycott (Browder v. Gayle The Women Before Rosa Parks). 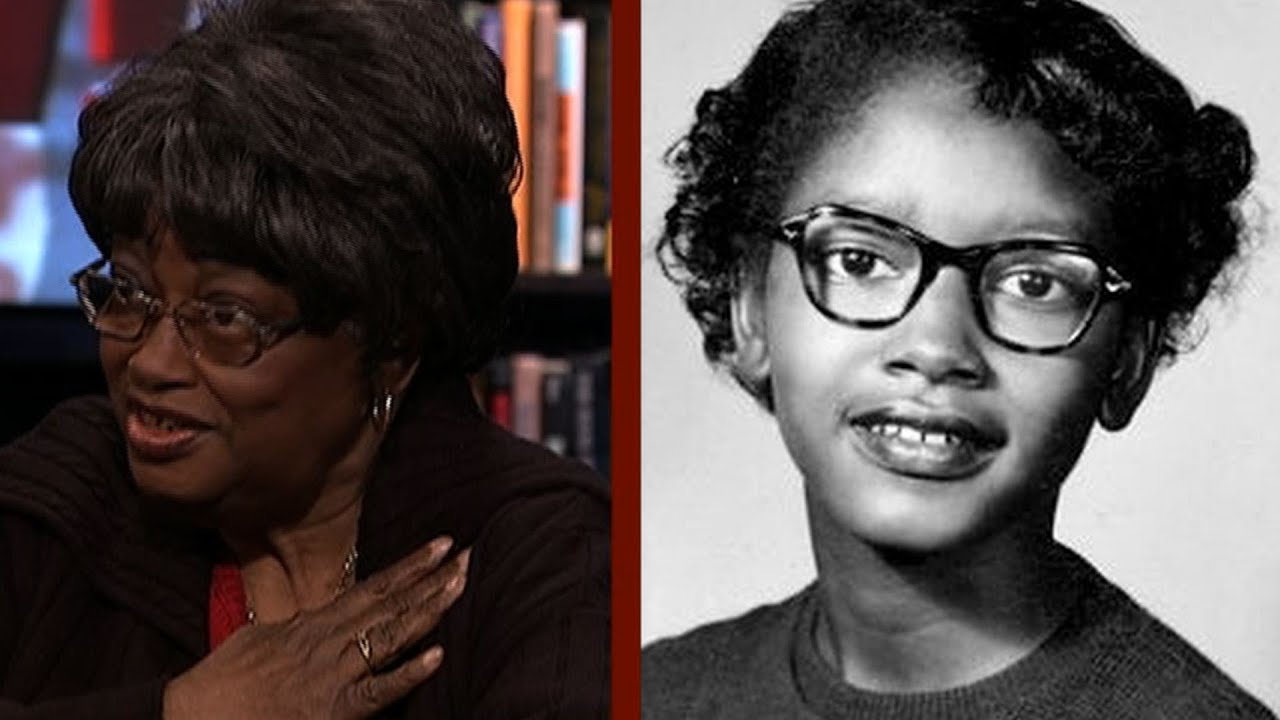 3. Engage: When Were American Ideals Denied?

United States history is filled with occasions when undemocratic and oppressive policies fueled by political and financial gain and racist and sexist attitudes negated the ideals of freedom, liberty, and social justice, including White southerners responses to Reconstruction; the Indian Wars of the American West; and McCarthyism, the Anti-Communist Red Scare, and the Anti-Gay Lavender of the 1950s.

Reconstruction, what historian Eric Foner (2014) has called “America’s unfinished revolution,” is an example of a time when American ideals were both affirmed or denied within the same historical event. Between the end of the Civil War and 1877, there was the creation of policies that affirmed and extended American ideals - the passage of the 13th, 14th, and 15th Amendments; the election of Blacks to local, state, and national offices throughout the South (there had only been five African Americans elected officeholders in the entire country prior to 1877); the redistribution of land to freed Blacks by the Freedmen’s Bureau; the Civil Rights Act of 1866; and the establishment of Black schools and colleges across the South.

But the Reconstruction Era also saw actions that fundamentally negated America’s constitutional freedoms. The Klu Klux Klan emerged in Tennessee in 1866 before spreading to every state in the South. Along with other white supremacy organizations in southern states, the Klan engaged in murder, lynchings, church bombing, and other acts of domestic terror, including the Colfax Massacre on Easter Sunday 1873.

There was the passage of Black Codes that helped establish a system of agricultural sharecropping that left Black families in debt for life. To learn more about white supremacy, read Henry Louis Gates Jr.'s book, Stony the Road: Reconstruction, White Supremacy, and the Rise of Jim Crow (2019) (see the New York Times Book Review: In ‘Stony the Road,’ Henry Louis Gates Jr. Captures the History and Images of the Fraught Years After the Civil War) The sharp contrasts of the Reconstruction era sets the stage for exploring other times in our history when the actions of individuals and groups served to affirm or deny the ideals of the Constitution and the Bill of Rights.

The Indian Wars of the American West

The Indian Wars were a series of armed conflicts between native peoples, settlers, and the U.S. Army that lasted from the end of the Civil War to about 1890 (Cozzens, 2016).

These wars included some of the most lasting and complex stories and personalities in the history of the American West: The Little Bighorn or Greasy Grass Fight; the Transcontinental Railroad; African American Buffalo Soldiers; Gernonimo; Wounded Knee; the Dawes Act; and reservations for native tribes. Learn more from the Western Indian Wars page on the Museum of American History.

There is more information about another dramatic event at a resourcesforhistoryteachers wiki page for The Navajo War and the Long Walk of the Navajos, 1848 to 1868.

McCarthyism, the Red Scare, and the Lavender Scare

McCarthyism, an anti-Communist Red Scare, and the anti-Gay Lavender Scare happened in the early 1950s during a time of intensifying Cold War tensions between the United States and the Soviet Union.

At the beginning of the 1950s, Wisconsin Senator Joseph McCarthy was convinced that the American government was being taken over by members of the American Communist Party who were under the control of Soviet leaders. A fear-monger and demagogue, McCarthy launched a series of televised hearings that ruined many careers through threats, innuendos, and blacklists, although "no one McCarthy investigated was ever convicted of anything" (Menard, 2020, p. 73). McCarthyism did not end till 1954 when President Eisenhower told members of the government that they did not have to testify before McCarthy’s Senate committee. The resourcesforhistoryteachers wiki has primary sources and more historical information about McCarthyism and the Red Scare.

McCarthy was an extraordinary, but not singular, example of an uniquely American strain of political demagoguery, notes biographer Larry Tye in his book Demogogue: The Life and Long Shadow of Senator Joe McCarthy (2020, p. 2). A demagogue is an politician who rises to power through lying, attacking opponents, and appealing to people's prejudices and fears, and in Tye's analysis, these are exactly the kind of activities that Donald Trump has used to gain and hold power.

Historian Louis Menard, writing in the New Yorker (2020), notes that the Red Scare of the 1940s and 1950s, a product of the Cold War between the United States and the Soviet Union, preceded McCarthy's hearings. Menard cites President Harry Truman as the figure who launched the Scare, first with the aggressive anti-communist Truman Doctrine and then with the establishment of the Employee Loyalty Program in which 4,765,705 federal employees had to forms that initated loyalty investigations (Menard, 2020, p. 73). Congress followed with hearings by the House Un-American Activities Committee (HUAC), and the Red Scare also produced the censorship of artists, writers, and musicians known as The Hollywood Blacklist. Charlie Chaplin, Langston Hughes, Orson Wells, Lena Horne, Dalton Trumbo, Leonard Bernstein and Dorothy Parker were among the individuals who were denied work in the entertainment industry.

Anti-Gay Lavender Scare of the 1950s

The Lavender Scare was a campaign against federal employees who were suspected of being gay or lesbian. People’s civil rights and civil liberties were violated by surveillance, interrogations, and rumors. Thousands lost their jobs or resigned from the government. One historian noted that at the time “many politicians, journalists, and citizens thought that homosexuals posed more of a threat to national security than communists" (Johnson, 2004, p. 2).

Political courage is an essential quality in a democracy. INVESTIGATE profiled three examples of courageous individuals who affirmed American ideals through their actions: Joseph Cinque, John Quincy Adams, and the Amistad Case; John Scopes and the Scopes Evolution Trial; and Cesar Chavez, Dolores Huerta, and the Delano Grape Strike. UNCOVER reviewed the history of Claudette Colvin and the Browder V. Gayle case. ENGAGE asked what American ideals were denied during the Indian Wars of the American West, McCarthyism and the Anti-Communist Red Scare, and the Anti-Gay Lavender Scare of the 1950s.