Explain the influence of Enlightenment thinkers on the American Revolution and the framework of American government. (Massachusetts Curriculum Framework for History and Social Studies) [8.T1.3]

FOCUS QUESTION: How did the Enlightenment Contribute to the Growth of Democratic Principles of Government? 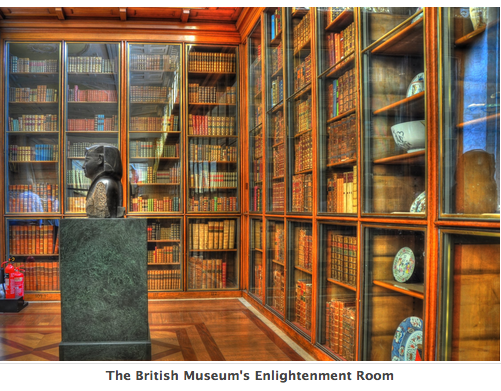 "British Museum Room 1 Enlightenment" by Mendhak is licensed under CC-BY-SA-2.0

The Enlightenment (or Age of Reason) is the term used to define the outpouring of philosophical, scientific, and political knowledge in Europe at the beginning of the 18th century. European civilization had already experienced the Renaissance (1300-1600) and the Scientific Revolution (1550-1700). The Enlightenment further transformed intellectual and political life  based on the application of science to dramatically alter traditional beliefs and practices.

Explore our resourcesforhistoryteachers wiki page to learn more about the Main Ideas of Enlightenment Thinkers.

Enlightenment thinkers believed that rational reasoning could apply to all forms of human activity. Their writing can be "broadly understood to stand for the claim that all individuals have the right to share their own ends for themselves rather than let others do it for them" (Pagden, 2013, p. x). Politically, they asked what was the proper relationship of the citizen to the monarch or the state. They held that society existed as a contract between individuals and some larger political entity. They advanced the idea of freedom and equality before the law. Enlightenment ideas about how governments should be organized and function influenced both the American and French Revolutions.

Explore our resourcesforhistoryteachers wiki page to learn more about The Enlightenment, Principles of Democratic Government and Women's Political Empowerment.

How did the Enlightenment's optimistic faith in the discovery and application of natural law to human life inspire revolution and reform throughout the world? As the National Center for History in Schools (1992) noted: "The first great upheavals to be marked - though surely not 'caused' - by Enlightenment thought were the American and French revolutions, and they opened the modern era of world history" (p. 262).

The modules in this topic explore the catalysts for revolutionary change through the writings and actions of men and women philosophers, scientists, and change-makers.

1. INVESTIGATE: Locke, Montesquieu, and Rousseau and Their Influence on Government

The American Revolution and the subsequent framework of American government were heavily influenced by John Locke, Baron de Montesquieu, and Jean Jacques Rousseau - three Enlightenment philosophers who “developed theories of government in which some or even all the people would govern” (Constitutional Rights Foundation, 2019, para. 10). Each rejected in one way or another the views of Thomas Hobbes who believed government must be led by an all-powerful king.

The Constitutional Rights Foundation has characterized Locke as a “reluctant” democrat because he favored a representative government, Montesquieu a “balanced” democrat who favored a combination of a king checked by a legislative body, and Rousseau an “extreme” democrat because he believed everyone should vote. Each influenced the founding and development of United States government.

You can learn more about these philosophers and their philosophies at our wiki pages: Political, Economic and Intellectual Influences on the American Revolution and Main Ideas of Men and Women Enlightenment Thinkers.

John Locke (1632-1704) was a political theorist who is remembered as the father of modern republican government. He believed a state could only be legitimate if it received the consent of the governed through a social contract. In Locke’s view, social contract theory protected the natural rights of life, liberty, and property. If this did not happen, he argued, the people had a right to rebel. His ideas about the consent of the governed and the right to rebellion would later influence the supporters of the American Revolution and the framers of the U.S. Constitution. 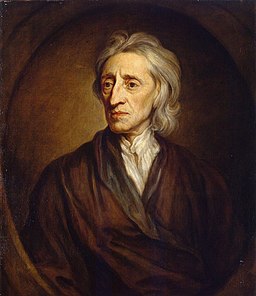 Locke supported England's constitutional monarchy and promoted democratic governments with a system of checks and balances. Thomas Jefferson's famous quote from the Declaration of Independence was based on Lockean philosophy: "We hold these truths to be self-evident, that all men are created equal, that they are endowed by their Creator with certain unalienable Rights, that among these are Life, Liberty and the Pursuit of Happiness.”

In Locke’s view, all men—literally men and not women—had the political rights to life, liberty, and the pursuit of private property. He also believed that human beings, because of divine will are by nature inherently good and can make their own reasonable decisions if left alone by the government.

Baron de Montesquieu (1689-1755) is perhaps best known for his belief in the separation of governmental powers. Inspired by England's Glorious Revolution and Constitutional Monarchy, Montesquieu believed that in an ideal state there are two types of governmental authority:

In Montesquieu’s view, there are also three administrative powers within a state, each providing a check and balance on the others:

The purpose behind this system of checks and balances was to prevent a single individual or group of people from having full control of the state. Ironically, while Montesquieu was inspired by Britain's Constitutional monarchy, England during the time period did not practice separation of governmental powers. Indeed, until the late 1800s, the British Monarchy effectively ruled the nation with the help of the House of Lords and the House of Commons. To this day, England still does not have an official written constitution.

The idea of a constitutional government with three separate branches of the state would later become essential in the writing of the American constitution. To get any official new legislation passed into law, the U.S. President must always work together with Congress. This is a legacy of Montesquieu's political philosophy in practice today.

Jean Jacques Rousseau believed that human beings are basically good by nature, but historical events have corrupted them and the present state of civil society.  Although "he did not go to school for a single day and was essentially self-taught, his writings included a political theory that deeply influenced the American Founding Fathers and the French Revolutionaries. . ." (Damrosch, 2005, p. 1). 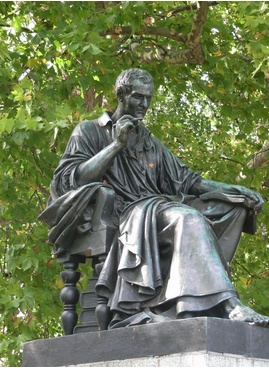 In Rousseau's ideal world, people would live in small communal farming communities and make decisions democratically. His 1762 work, The Social Contract, begins with the famous line, “Man was born free, but everywhere he is in chains” (para. 2).

Rousseau believed that people could regain their lost freedom by creating a society where citizens choose to obey laws they themselves created, giving up some personal self gains in exchange for a wider common good. He advocated for direct democracy where everyone’s votes determine what happens politically.

Mary Wollstonecraft (1759 - 1797) was a writer and advocate for women’s rights. She believed that women should be given greater education because of their importance in raising children and being not just wives but partners or “companions” with their husbands. Her personal life, that included an illegitimate child, love affairs, and suicide attempts, was considered scandalous at the time. She died at age 38. Her daughter was Mary Shelley, author of the novel, Frankenstein. 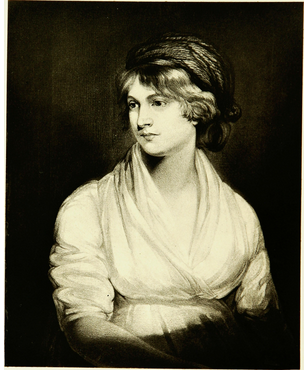 "How many women thus waste life away the prey of discontent, who might have practised as physicians, regulated a farm, managed a shop, and stood erect, supported by their own industry, instead of hanging their heads surcharged with the dew of sensibility, that consumes the beauty to which it at first gave lustre" (p. 157).

Wollstonecraft also urged establishment of a national education system with mixed gender schools; such education would give women the right to earn their own living (British Library Book/Manuscript Annotation).

Olympe de Gouges (1748 - 1793) was a French writer and activist for women’s rights during the French Revolution. She was the author of The Declaration of the Rights of Women and Female Citizen (1791), a powerful call for gender equality and political change. She was subsequently beheaded during the Reign of Terror, the only woman executed for her political writing during that time. She wrote, “A woman has the right to be guillotined; she should also have the right to debate” (quoted in “The Writer’s Almanac,” November 3, 2019).

Twitter banner created for #wikiwomeninred and the womeninred project by Victuallers
"May7 Woman of the Day" by wikipedia community is licensed under CC BY-SA 3.0

Olympe de Gouges’ activism contrasted dramatically with the traditional gender roles women were expected to play in European society. Although women did not have many rights and privileges, de Gouges used ideas from the Enlightenment to advocate for greater rights for women and enslaved Black people.

3.ENGAGE: How Can Schools Support the Political Ambitions of Young Girls?

A dramatic and continuing gender gap continues to exist between women and men in STEM careers. Women make up less than a third of the workers in biological science, chemistry, computers, engineering, and architecture (The STEM Gap: Women and Girls in Science, Technology, Engineering, and Mathematics).

Less well-known is a political gender gap that exists between women and men in careers in government, politics, and law. Women hold only a small percentage of local, state, and national political offices throughout the country. In legal fields, where women graduate from law school at about the same rate as men, women make considerably less money and far fewer advance to become judges.

Although both girls and boys show interest in politics in the younger grades, fewer young women pursue careers in government or politics. Researching this issue, a group of political scientists found that longstanding gender stereotypes and lack of role models are among the reasons why young girls do not pursue these opportunities. As they proceed through school, many girls follow societal expectations that direct them toward jobs and careers that match gender stereotypes for women. Just as in math and science fields, young girls develop lower interest and ambition in politics than boys ("This One's for the Boys: How Gendered Socialization Limits Girls' Political Ambition and Interest," American Political Science Review, May 2022).

What can your school or community do to inspire the political career ambitions of young girls?

Perhaps learning the histories of women change-makers would be a first step? Katherine Johnson is one important example.

Katherine Johnson was a mathematician and physicist at NASA (National Aeronautics and Space Administration) whose math and science work were essential to the success of early United States space exploration, including the 1962 flight when John Glenn became the first American man to orbit the earth. Her work in STEM was the basis for the book Hidden Figures (Shetterly, 2016) and 2017 movie. 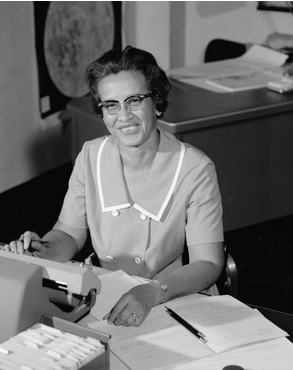 Katherine Johnson was a pioneer in civil rights as well. She was one of the first Black students to integrate into graduate schools in West Virginia; the third African American to earn a doctoral degree in mathematics; and a Presidential Medal of Honor recipient.

Women, whose work in philosophy, science, and politics is often neglected or marginalized in history textbooks and curriculum framework, made change-producing discoveries and advances during the Enlightenment and in every era since. However, still in today's digital age, the most well-known figures are men: Steve Jobs, Elon Musk, and Mark Zuckerberg. 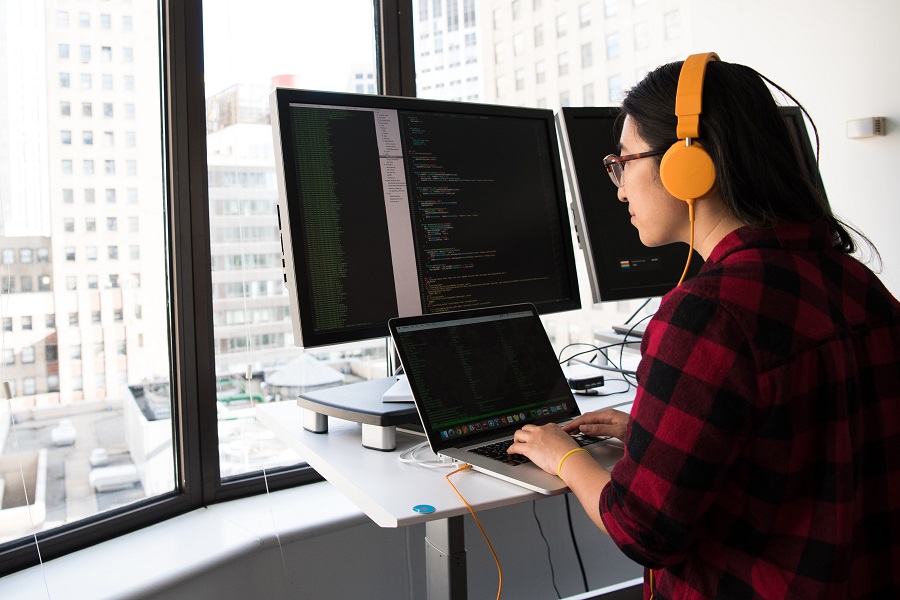 Photo by Christina @ wocintechchat.com on Unsplash, free to use

In the following activities, you will explore the accomplishments of 21st century women innovators in the media and think about how to encourage more girls to pursue careers in science, technology, engineering and math (STEM):

This standard’s Investigate examined the work of John Locke, including his “Two Treatises of Government” (1690) and social contract theory, as well as Montesquieu’s formulation of checks and balances to prevent a single individual or group of people from having full control of the state. Uncover focused on the French feminist Olympe De Gouges who in 1791 published the Declaration of the Rights of Women and Female Citizen, a stirring call for the equality of women during the French Revolution. Engage asked how focusing on women in history and current society were important trailblazers, innovators, and change-makers can expand opportunities for young girls to pursue careers in politics, government and the law.