CoverIntroduction for EducatorsExpanded Table of Contents with Media Literacy ConnectionsUpdates & Latest AdditionsLearning Pathway: Black Lives MatterLearning Pathway: Influential WomenLearning Pathway: Student RightsLearning Pathway: Election 2020Learning Pathway: Current Events Learning Pathway: Critical Media LiteracyTeacher-Designed Learning PlansTopic 1. The Philosophical Foundations of the United States Political System1.1. The Government of Ancient Athens1.2. The Government of the Roman Republic1.3. Enlightenment Thinkers and Democratic Government1.4. British Influences on American Government1.5. Native American Influences on U.S. GovernmentTopic 2. The Development of the United States Government2.1. The Revolutionary Era and the Declaration of Independence2.2. The Articles of Confederation2.3. The Constitutional Convention2.4. Debates between Federalists and Anti-Federalists2.5. Articles of the Constitution and the Bill of RightsTopic 3. Institutions of United States Government3.1. Branches of the Government and the Separation of Powers3.2. Checks and Balances Between the Branches of Government3.3. The Roles of the Congress, the President, and the Courts3.4. Elections and Nominations3.5. The Role of Political PartiesTopic 4. The Rights and Responsibilities of Citizens4.1. Becoming a Citizen4.2. Rights and Responsibilities of Citizens and Non-Citizens4.3. Civic, Political, and Private Life4.4. Fundamental Principles and Values of American Political and Civic Life4.5. Voting and Citizen Participation in the Political Process4.6. Election Information4.7. Leadership and the Qualities of Political Leaders4.8. Cooperation Between Individuals and Elected Leaders4.9. Public Service as a Career4.10. Liberty in Conflict with Equality or Authority4.11. Political Courage and Those Who Affirmed or Denied Democratic Ideals4.12. The Role of Political Protest4.13. Public and Private Interest Groups, PACs, and Labor UnionsTopic 5. The Constitution, Amendments, and Supreme Court Decisions5.1. The Necessary and Proper Clause5.2. Amendments to the Constitution5.3. Constitutional Issues Related to the Civil War, Federal Power, and Individual Civil Rights5.4. Civil Rights and Equal Protection for Race, Gender, and Disability5.5. Marbury v. Madison and the Principle of Judicial Review5.6. Significant Supreme Court DecisionsTopic 6. The Structure of Massachusetts State and Local Government6.1. Functions of State and National Government6.2. United States and Massachusetts Constitutions6.3. Enumerated and Implied Powers6.4. Core Documents: The Protection of Individual Rights6.5. 10th Amendment to the Constitution6.6. Additional Provisions of the Massachusetts Constitution6.7. Responsibilities of Federal, State and Local Government6.8. Leadership Structure of the Massachusetts Government6.9. Tax-Supported Facilities and Services6.10. Components of Local GovernmentTopic 7. Freedom of the Press and News/Media Literacy7.1. Freedom of the Press7.2. Competing Information in a Free Press7.3. Writing the News: Different Formats and Their Functions7.4. Digital News and Social Media7.5. Evaluating Print and Online Media7.6. Analyzing Editorials, Editorial Cartoons, or Op-Ed CommentariesGlossaryIndex of Terms
5.5

Marbury v. Madison and the Principle of Judicial Review

Standard 5.5: Marbury v. Madison and the Principle of Judicial Review

Explain the Principle of Judicial Review established in Marbury v. Madison and explain how cases come before the Supreme Court, how cases are argued, and how the Court issues decisions and dissents. (Massachusetts Curriculum Framework for History and Social Studies) [8.T5.5]

FOCUS QUESTION: How Does the Supreme Court Use the Power of Judicial Review to Interpret the Law?

John Marshall, the fourth Chief Justice of the Supreme Court, was born in Fauquier, Virginia in 1755. His family was poor, and as a youth, he received little formal education. He fought in the American Revolutionary War, then studied law from 1779–80. Following that year of study he set up a law practice. In 1782 he was elected to the Virginia legislature. His rapid rise brought him to the Supreme Court, where he served from 1801 to 1835.

Under his leadership, the ‘Marshall Court’ shaped the law and government of the United States by testing and defining the powers of the newly adopted U.S. Constitution. He established the principle of Judicial Review whereby the Court has the final say in deciding whether congressional legislation is constitutional.

John Marshall’s Marbury v. Madison (1803) decision formulated the concept of judicial review, giving the judicial branch the final decision on the constitutionality of laws passed by Congress. In other decisions, including McCulloch v. Maryland, Marshall established his view of the power of the federal government over the states and their legislatures. 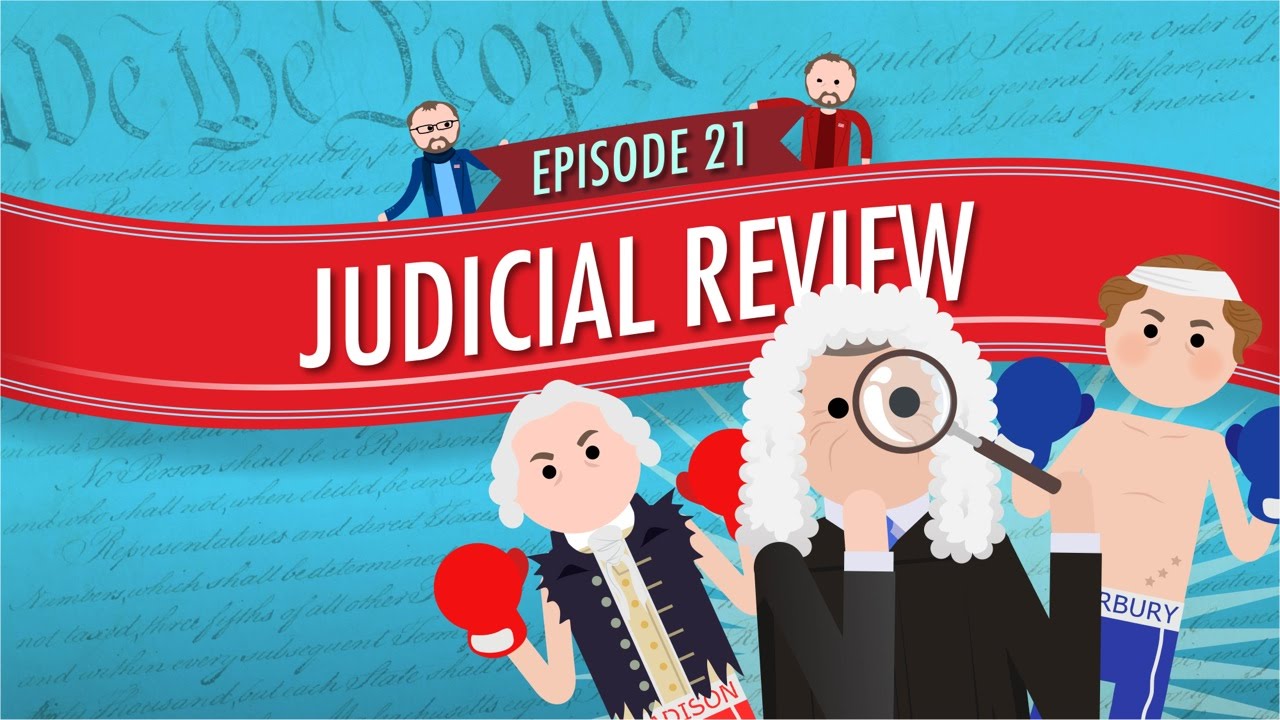 Online Resources for John Marshall and Marbury vs. Madison

In the 1830s, the United States was transformed by events centered around three men: John Marshall, in his final years as Chief Justice of the Supreme Court; Andrew Jackson, the 7th President and John Ross, Chief of the Cherokee nation. Their interactions altered the country's physical landscape and redefined its political culture, replacing the Indian lands of the southeastern United States with what would become known as the "Deep South" of white plantations with Black slaves, what journalist Steve Inskeep has called "Jacksonland" (2015).

These transformative events began in 1830 with Andrew Jackson’s policy of Indian Removal. As part of the Indian Removal policy, native Tribes had to negotiate treaties with the United States government in which they gave up their homelands and then moved to new territories (examples: Treaty of Dancing Rabbit Creek, 1830; the Treaty of New Echota, 1835).

The Cherokee people protested the policy, notably John Ross. He envisioned nationhood, not displacement and subjugation for his people (Chief John Ross Protests the Treaty of New Echota).

The Indian Removal Act went to the Supreme Court led by John Marshall. In a famous case, Worcester v. Georgia (1832), the Court ruled that the state of Georgia had no jurisdiction over the Cherokees, and therefore could not forcibly remove them from the territory. Read Marshall's Opinion in Worcester v. Georgia.

Andrew Jackson ignored the Court, declaring, "John Marshall has made his decision, now let him enforce it."

Then "in 1838 and 1839, as part of Andrew Jackson's Indian removal policy, the Cherokee nation was forced to give up its lands east of the Mississippi River and to migrate to an area in present-day Oklahoma" (PBS, 1998, para. 1).

The Cherokee people called this forced journey the "Trail of Tears." More than 4,000 out of 15,000 of the Cherokees died from the devastations of hunger, disease, and exhaustion on the forced march. It was one of the darkest moments in United States history. Learn more from the resourcesforhistoryteachers wiki page: The Trail of Tears.

In 2009, President Barack Obama signed a Congress-passed apology for the Trail of Tears entitled in part, "a joint resolution to acknowledge a long history of official depredations and ill-conceived policies by the federal government regarding Indian tribes."

3. ENGAGE: Do Supreme Court Dissents Make a Difference to the Law?

Courts in the United States operate on the principle of stare decisis (translated from Latin as "to stand by decided matters"). Judges decide cases based on how such cases were previously decided by earlier judges (Walker, 2016). Those earlier decisions are known as legal precedents. A precedent is a rule or guide that has been established by previous cases.

Legal scholars refer to certain rulings as super precedents which are "constitutional decisions in which public institutions have heavily invested, repeatedly relied, and consistently supported over a significant period of time" (quoted from Constitution Daily, October 20, 2020, para. 7).

Landmark cases can change fundamentally how society operates. In Gideon v. Wainwright (1963), the Court held that anyone charged with a crime is entitled to free legal representation, a major change in granting full rights to those accused of a crime. In Roe v. Wade (1973) the Court stated that laws that restrict or deny a woman's access to abortion are unconstitutional. The law is never fixed, but rather it is always evolving as attitudes and situations change over time.

Cases before the United States Supreme Court are decided by a majority vote of the justices who author a written opinion explaining their reasons. Sometimes there are concurring opinions as well. The justices who voted in the minority also have the opportunity to explain their votes through what is called a dissent or dissenting opinion.

“I Dissent” is a powerful statement of politics and law. Dissents establish a counter-narrative to the majority opinion that can, over time, lead the Court and public opinion in new directions. As Ruth Bader Ginsburg stated:

"Dissents speak to a future age. It's not simply to say, 'My colleagues are wrong and I would do it this way.' But the greatest dissents do become court opinions and gradually over time their views become the dominant view. So that's the dissenter's hope: that they are writing not for today but for tomorrow."

There are many historic dissents in Supreme Court history: Benjamin Robbins Curtis in the Dred Scott case; John Marshall Harlan (known historically as "The Great Dissenter") in Plessy v. Ferguson (Harlan wrote: it is wrong to allow the states to “regulate the enjoyment of citizens’ civil rights solely on the basis of race”); Oliver Wendell Holmes in Abrams v. United States; Robert Jackson in Korematsu v. United States; and Harlan Fiske Stone in Minersville School District v. Gobitis. All were statements in support of personal freedoms and liberties. Before his death, Justice Antonin Scalia was a frequent dissenter, supporting an originalist interpretation of the Constitution.

In the course of her career on the Court, Ruth Bader Ginsburg (RBG) authored many notable dissents, including in a gender discrimination case brought by Lilly Ledbetter against the Goodyear Tire & Rubber Company in 1999. A lower court had awarded Ledbetter 3.8 million in back pay and damages, reflecting 19 years in which she worked and earned lower pay than male co-workers. In a 5 to 4 vote, the Supreme Court overturned the lower court decision which occasioned Ginsburg's historic 2007 dissent (listen to the audio of her dissent).

Justice Ginsburg's ideas helped lead to the passage of the Lilly Ledbetter Fair Pay Act of 2009.

You can learn more about the career of Justice Ginsburg in the picture book, I Dissent: Ruth Bader Ginsburg Makes Her Mark (Debbie Levy, Simon & Schuster Books for Young Readers, 2016). 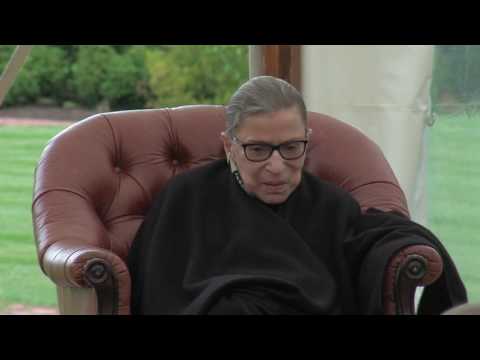 "The Constitution means what the Supreme Court says it means," said Professor Eric J. Segal (2016) in the Harvard Law Review Forum (2016). INVESTIGATE examined the impact of John Marshall, the Chief Justice who established the power of judicial review for the Supreme Court. UNCOVER reviewed at the Trail of Tears, a seminal event in First American history when the power of the federal government's President was pitted against Indian tribes and the Supreme Court itself. ENGAGE asked how dissenting opinions by Supreme Court justices can make a difference in how the law is understood and applied.