CoverIntroduction for EducatorsExpanded Table of Contents with Media Literacy ConnectionsUpdates & Latest AdditionsLearning Pathway: Black Lives MatterLearning Pathway: Influential WomenLearning Pathway: Student RightsLearning Pathway: Election 2020Learning Pathway: Current Events Learning Pathway: Critical Media LiteracyTeacher-Designed Learning PlansTopic 1. The Philosophical Foundations of the United States Political System1.1. The Government of Ancient Athens1.2. The Government of the Roman Republic1.3. Enlightenment Thinkers and Democratic Government1.4. British Influences on American Government1.5. Native American Influences on U.S. GovernmentTopic 2. The Development of the United States Government2.1. The Revolutionary Era and the Declaration of Independence2.2. The Articles of Confederation2.3. The Constitutional Convention2.4. Debates between Federalists and Anti-Federalists2.5. Articles of the Constitution and the Bill of RightsTopic 3. Institutions of United States Government3.1. Branches of the Government and the Separation of Powers3.2. Checks and Balances Between the Branches of Government3.3. The Roles of the Congress, the President, and the Courts3.4. Elections and Nominations3.5. The Role of Political PartiesTopic 4. The Rights and Responsibilities of Citizens4.1. Becoming a Citizen4.2. Rights and Responsibilities of Citizens and Non-Citizens4.3. Civic, Political, and Private Life4.4. Fundamental Principles and Values of American Political and Civic Life4.5. Voting and Citizen Participation in the Political Process4.6. Election Information4.7. Leadership and the Qualities of Political Leaders4.8. Cooperation Between Individuals and Elected Leaders4.9. Public Service as a Career4.10. Liberty in Conflict with Equality or Authority4.11. Political Courage and Those Who Affirmed or Denied Democratic Ideals4.12. The Role of Political Protest4.13. Public and Private Interest Groups, PACs, and Labor UnionsTopic 5. The Constitution, Amendments, and Supreme Court Decisions5.1. The Necessary and Proper Clause5.2. Amendments to the Constitution5.3. Constitutional Issues Related to the Civil War, Federal Power, and Individual Civil Rights5.4. Civil Rights and Equal Protection for Race, Gender, and Disability5.5. Marbury v. Madison and the Principle of Judicial Review5.6. Significant Supreme Court DecisionsTopic 6. The Structure of Massachusetts State and Local Government6.1. Functions of State and National Government6.2. United States and Massachusetts Constitutions6.3. Enumerated and Implied Powers6.4. Core Documents: The Protection of Individual Rights6.5. 10th Amendment to the Constitution6.6. Additional Provisions of the Massachusetts Constitution6.7. Responsibilities of Federal, State and Local Government6.8. Leadership Structure of the Massachusetts Government6.9. Tax-Supported Facilities and Services6.10. Components of Local GovernmentTopic 7. Freedom of the Press and News/Media Literacy7.1. Freedom of the Press7.2. Competing Information in a Free Press7.3. Writing the News: Different Formats and Their Functions7.4. Digital News and Social Media7.5. Evaluating Print and Online Media7.6. Analyzing Editorials, Editorial Cartoons, or Op-Ed CommentariesGlossaryIndex of Terms
4.7

Leadership and the Qualities of Political Leaders

Standard 4.7: Leadership and the Qualities of Political Leaders

Apply the knowledge of the meaning of leadership and the qualities of good leaders to evaluate political leaders in the community, state, and national levels. (Massachusetts Curriculum Framework for History and Social Studies) [8.T4.7]

Standard 4.7 addresses political leadership and the qualities that people seek in those they choose for leadership roles in democratic systems of government.

Leadership involves multiple skills and talents. It has been said that an effective leader is someone who knows "when to lead, when to follow, and when to get out of the way" (the phrase is attributed to the American revolutionary Thomas Paine). In this view, effective leaders do much more than give orders. They create a shared vision for the future and viable strategic plans for the present. They negotiate ways to achieve what is needed while also listening to what is wanted. They incorporate individuals and groups into processes of making decisions and enacting policies by developing support for their plans.

Different organizations need different types of leaders. A commercial profit-making firm needs a leader who can grow the business while balancing the interests of consumers, workers, and shareholders. An athletic team needs a leader who can call the plays and manage the personalities of the players to achieve success on the field and off it. A school classroom needs a teacher-leader who knows the curriculum and pursues the goal of ensuring that all students can excel academically, socially, and emotionally. Governments—local, state, and national—need political leaders who can fashion competing ideas and multiple interests into policies and practices that will promote equity and opportunity for all.

The Massachusetts learning standard on which the following modules are based refers to the "qualities of good leaders," but what does a value-laden word like "good" mean in political and historical contexts? "Effective leadership" is a more nuanced term. What is an effective political leader? In the view of former First Lady Rosalynn Carter, “A leader takes people where they want to go. A great leader takes people where they don’t necessarily want to go, but ought to be.”

Examples of effective leaders include:

The INVESTIGATE and UNCOVER modules for this topic explore five more women and men, straight and gay, Black and White, who demonstrated political leadership throughout their lives. ENGAGE asks who would you consider are the most famous Americans in United States history?

Three individuals offer ways to explore the multiple dimensions of political leadership and social change in the United States: one who was appointed to a government position, one who assumed a political role as public citizen, and one who was elected to political office.

Frances Perkins and the Social Security Act of 1935

Francis Perkins was a leader in the passage of the Social Security Act of 1935 that created a national old-age insurance program while also giving support to children, the blind, the unemployed, those needing vocational training, and family health programs. By the end of 2018, the Social Security trust funds totaled nearly $2.9 trillion. There is more information at a resourcesforhistoryteachers wiki page, Frances Perkins and the Social Security Act.

Margaret Sanger and the Struggle for Reproductive Rights

Margaret Sanger was a women's reproductive rights and birth control advocate, who throughout a long career as a political activist, achieved many legal and medical victories in the struggle to provide women with safe and effective methods of contraception. She opened the nation's first birth control clinic in Brooklyn, New York in 1916.

Margaret Sanger's collaboration with Gregory Pincus led to the development and approval of the birth control pill in 1960. Four years later, in Griswold v. Connecticut (1965), the Supreme Court affirmed women’s constitutional right to use contraceptives. There is more information at a resourcesforhistoryteachers wiki page, Margaret Sanger and Reproductive Rights for Women.

However, Margaret Sanger's political and public health views include disturbing facts. In summer 2020, Planned Parenthood of Greater New York said it would remove her name from a Manhattan clinic because of her connections to eugenics, a movement for selective breeding of human beings that targeted the poor, people with disabilities, immigrants and people of color.

In 1977, Harvey Milk became the first openly gay man to be elected to public office in California by winning a seat on the San Francisco Board of Supervisors, the city’s legislative body.

To win that election, Harvey Milk successfully built a coalition of immigrant, elderly, minority, union, gay, and straight voters focused on a message of social justice and political change. He was assassinated after just 11 months in office, becoming a martyr for the gay rights movement. There is more information at a resourcesforhistoryteachers wiki page, Harvey Milk, Gay Civil Rights Leader.

Benjamin Banneker was a free Black astronomer, mathematician, surveyor, author, and farmer who was part of the commission which made the original survey of Washington, D.C. in 1791.

Benjamin Banneker was "a man of many firsts" (Washington Interdependence Council, 2017, para. 1). In the decades before and after the American Revolution, he made the first striking clock made of indigenous American parts, he was the first to track the 17-year locust cycle, and he was among the first farmers to employ crop rotation to improve yield.

Between 1792 and 1797, Banneker published a series of annual almanacs of astronomical and tidal information with weather predictions, doing all the mathematical and scientific calculations himself (Benjamin Banneker's Almanac). He has been called the first Black Civil Rights leader because of his opposition to slavery and his willingness to speak out against the mistreatment of Native Americans.

Born into slavery in Diamond, Missouri around 1864, George Washington Carver became a world-famous chemist and agricultural researcher. It is said that he single-handedly revolutionized southern agriculture in the United States, including researching more than 300 uses of peanuts, introducing methods of prevent soil depletion, and developing crop rotation methods.

A monument in Diamond Missouri of Carver as a young boy was the first ever national memorial to honor an African American (George Washington Carver National Monument).

Benjamin Banneker and George Washington Carver are just two examples from the long history of Black Inventors in the United States. Many of the names and achievements are not known today - Elijah McCoy, Granville Woods, Madame C J Walker, Thomas L. Jennings, Henry Blair, Norbert Rillieux, Garrett Morgan, Jan Matzeliger - but with 50,000 total patents, Black people accounted for more inventions during the period 1870 to 1940 than immigrants from every country except England and Germany (The Black Inventors Who Elevated the United States: Reassessing the Golden Age of Invention, Brookings (November 23, 2020).

You can learn more details about these innovators at our African American Inventors of the 19th Century page on the resourcesforhistoryteachers wiki.

3. ENGAGE: Who Do You Think Are the Most Famous Americans?

In 2007 and 2008, Sam Wineburg and a group of Stanford University researchers asked 11th and 12th grade students to write names of the most famous Americans in history from Columbus to the present day (Wineburg & Monte-Sano, 2008). The students could not include any Presidents on the list. The students were then asked to write the names of the five most famous women in American history. They could not list First Ladies.

To the surprise of the researchers, girls and boys from across the country, in urban and rural schools, had mostly similar lists: Martin Luther King, Jr., Rosa Parks, Harriet Tubman, Susan B. Anthony, and Benjamin Franklin were the top five selections. Even more surprising, surveys of adults from an entirely different generation produced remarkably similar lists.

The researchers concluded a broad “cultural curriculum” conveyed through media images, corporate advertising, and shared information has a far greater effect on what is learned about people in history than do textbooks and classes in schools.

During elections, celebrities might endorse a political candidate or issue in hopes that their fans will follow in their footsteps. Oprah Winfrey's endorsement of Barack Obama for President in 2008 has been cited as the most impactful celebrity endorsement in history (U.S. Election: What Impact Do Celebrity Endorsements Really Have? The Conversation, October 4, 2016).

Do celebrity endorsements make a real difference for voters? Researchers are undecided. In 2018, 65,000 people registered to vote in Tennessee after Taylor Swift (who had 180 million followers on Instagram) endorsed two Democratic Congressional candidates - one candidate won and the other lost. Swift's endorsement was followed by more than 212,000 new voter registrations across the country, mostly among those in the 18 to 24 age group. Perhaps what celebrities say has more impact on younger voters?

Can you think of some examples of celebrities who have shared their political views or endorsements on social media? Who are these celebrities? In what ways did they influence politics?

In these activities, you will analyze media endorsements by celebrities, and then develop a request (or pitch) to convince a celebrity to endorse your candidate for President in the next election. 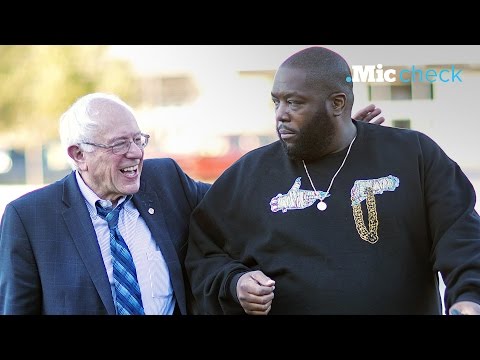 Effective political leadership is an essential ingredient of a vibrant democracy. Unlike dictators or despots, effective leaders offer plans for change and invite people to join in and help to achieve those goals. Effective leaders work collaboratively and cooperatively, not autocratically. INVESTIGATE looked at three democratic leaders who entered political life in different ways: Frances Perkins who was appointed to a Presidential Cabinet; Margaret Sanger who assumed a public role as an advocate and activist; and Harvey Milk who was elected to political office. UNCOVER reviewed the life and accomplishments of Benjamin Banneker and George Washington Carver. ENGAGE asked who people think are the most famous Americans in United States history.