CoverIntroduction for EducatorsExpanded Table of Contents with Media Literacy ConnectionsUpdates & Latest AdditionsLearning Pathway: Black Lives MatterLearning Pathway: Influential WomenLearning Pathway: Student RightsLearning Pathway: Election 2020Learning Pathway: Current Events Learning Pathway: Critical Media LiteracyTeacher-Designed Learning PlansTopic 1. The Philosophical Foundations of the United States Political System1.1. The Government of Ancient Athens1.2. The Government of the Roman Republic1.3. Enlightenment Thinkers and Democratic Government1.4. British Influences on American Government1.5. Native American Influences on U.S. GovernmentTopic 2. The Development of the United States Government2.1. The Revolutionary Era and the Declaration of Independence2.2. The Articles of Confederation2.3. The Constitutional Convention2.4. Debates between Federalists and Anti-Federalists2.5. Articles of the Constitution and the Bill of RightsTopic 3. Institutions of United States Government3.1. Branches of the Government and the Separation of Powers3.2. Checks and Balances Between the Branches of Government3.3. The Roles of the Congress, the President, and the Courts3.4. Elections and Nominations3.5. The Role of Political PartiesTopic 4. The Rights and Responsibilities of Citizens4.1. Becoming a Citizen4.2. Rights and Responsibilities of Citizens and Non-Citizens4.3. Civic, Political, and Private Life4.4. Fundamental Principles and Values of American Political and Civic Life4.5. Voting and Citizen Participation in the Political Process4.6. Election Information4.7. Leadership and the Qualities of Political Leaders4.8. Cooperation Between Individuals and Elected Leaders4.9. Public Service as a Career4.10. Liberty in Conflict with Equality or Authority4.11. Political Courage and Those Who Affirmed or Denied Democratic Ideals4.12. The Role of Political Protest4.13. Public and Private Interest Groups, PACs, and Labor UnionsTopic 5. The Constitution, Amendments, and Supreme Court Decisions5.1. The Necessary and Proper Clause5.2. Amendments to the Constitution5.3. Constitutional Issues Related to the Civil War, Federal Power, and Individual Civil Rights5.4. Civil Rights and Equal Protection for Race, Gender, and Disability5.5. Marbury v. Madison and the Principle of Judicial Review5.6. Significant Supreme Court DecisionsTopic 6. The Structure of Massachusetts State and Local Government6.1. Functions of State and National Government6.2. United States and Massachusetts Constitutions6.3. Enumerated and Implied Powers6.4. Core Documents: The Protection of Individual Rights6.5. 10th Amendment to the Constitution6.6. Additional Provisions of the Massachusetts Constitution6.7. Responsibilities of Federal, State and Local Government6.8. Leadership Structure of the Massachusetts Government6.9. Tax-Supported Facilities and Services6.10. Components of Local GovernmentTopic 7. Freedom of the Press and News/Media Literacy7.1. Freedom of the Press7.2. Competing Information in a Free Press7.3. Writing the News: Different Formats and Their Functions7.4. Digital News and Social Media7.5. Evaluating Print and Online Media7.6. Analyzing Editorials, Editorial Cartoons, or Op-Ed Commentaries
4.4

Fundamental Principles and Values of American Political and Civic Life

FOCUS QUESTION: What are the Fundamental Principles and Values of American Political and Civic Life?

Political and civic life in the United States rests on a set of fundamental principles and values including equality, rule of law, limited government, and representative government.

What do those principles and values actually mean? The modules for this standard explore that question by examining each in more detail, reviewing the importance of the 14th Amendment to the Constitution, and outlining the boundaries of student rights at school.

Equality, Rule of Law, Limited Government, and Representative Government are examples of fundamental principles and values in American political and civic life.

The word "equality" did not appear in the Constitution of 1787 or the Bill of Rights of 1789. While the Constitution guaranteed rule of law to all citizens and provided security of liberty under the law, the existence of slavery and inequalities in the status of women contradicted the idea of equal rights.

It was not until after the Civil War that equality was deliberately addressed in the Constitution through a series of amendments:

Learn more about the efforts toward equality for marginalized groups:

The concept of the rule of law is taken from Alexander Hamilton's Federalist 33 where he wrote: "If individuals enter into a state of society, the laws of that society must be the supreme regulator of their conduct."

According to the United States Courts, "the Rule of law is a principle under which all persons, institutions, and entities are accountable to laws that are:

John Adams, the Boston Massacre, and the Right to an Attorney at Trial

The right to a trial when accused of a crime is one of the foundations of the rule of law in United States society. Guaranteed to all by the Sixth Amendment to the Constitution, it means that defendants have:

Before the Constitution and its Sixth Amendment was passed, the right to trial and the right to have a lawyer for those charged with a crime faced a stern test in the aftermath of the events of March 5, 1770 on King Street in Boston, Massachusetts when British soldiers fired their guns into a crowd of protestors, killing 5 people in what has become known as the Boston Massacre.

One of those who lost his life was a Black man, Crispus Attucks, who is regarded as the first person killed in the American Revolution. What actually happened that night and why is still debated by historians and the event has parallels to modern-day responses by police officers to Black and Brown Lives Matter protestors. 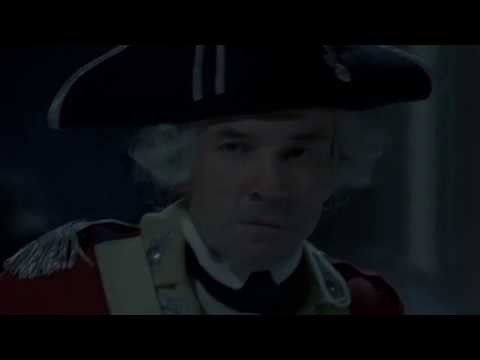 In colonial Boston, immediately afterwards, popular emotions were high and people wanted instant punishment for the soldiers and the commander. John Adams, a 34 year-old Boston attorney and later the second President of the United States, agreed to defend the soldiers despite possible threats to himself and his family. Adams believed every person deserved a trial in court and a lawyer to defend them, no matter how clear and obvious someone’s guilt may seem.

Going against the immense pressure of popular opinion, John Adams took a courageous action, one that helped establish the concepts of what would be the Sixth Amendment in American law.

Adams’s efforts resulted in acquittal of the British commander, Captain Thomas Preston and six of the soldiers; two others were convicted of manslaughter. Of his legal work, Adams later said, “It was, however, one of the most gallant, generous, manly and disinterested Actions of my whole Life, and one of the best Pieces of Service I ever rendered my Country.”

Still, it took till the 1963 landmark Supreme Court case Gideon v. Wainwright to ensure that the state must provide an attorney to any defendant who cannot afford to hire their own lawyer, thereby guaranteeing the right to counsel to anyone accused of a crime.

In the United States political system, the national government is given limited but not supreme or total powers. After the struggle of the American Revolution to be free from rule by a king, people in the colonies were very wary of a tyrannical ruler or an overbearing government. In the Constitution, limited government relates to free markets and classical liberalism, drawing on Adam Smith's philosophy of the "invisible hand" and self-regulating economies.

Representative democracy is the principle that people elect individuals to represent them in the government. This is a fundamental element of the governmental system of the United States. Voters elect representatives to a ruling body (the Congress) who acts on behalf of the people's best interests. Learn more from this video: Representative Democracy.

Advocacy organizations (also known as special interest groups) are groups that support a political issue or cause (What is an Advocacy Group?). These organizations engage in fundraising, conducting public awareness and information campaigns, lobbying legislators, and contributing to political campaigns. They make extensive use of social media.

In these activities, you will explore how civil rights and social justice advocacy organizations use social media and online messaging to promote equality in society and then you will design your own! 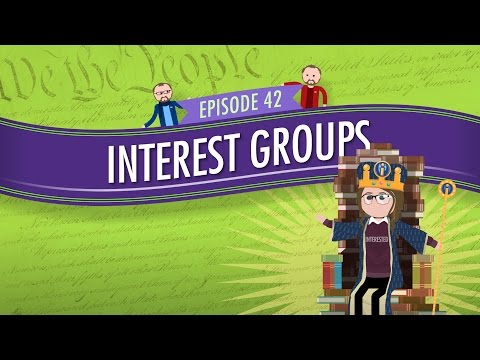 2. UNCOVER: The Importance of the 14th Amendment

No state shall make or enforce any law which shall abridge the privileges or immunities of citizens of the United States; nor shall any state deprive any person of life, liberty, or property, without due process of law; nor deny to any person within its jurisdiction the equal protection of the laws.

The 14th Amendment is a landmark in United States law. The Bill of Rights protected citizens from infringements on their rights by the federal government. This amendment extended people's constitutional protections to actions by state governments that would deprieve a person of life, liberty or property without due process under the law.

Brown v. Board of Education (1954), school desegregation; Mapp v. Ohio (1961), prevention of illegal search and seizure; Gideon v. Wainwright (1965), the right to a lawyer; Loving v. Virginia (1967), the right to interracial marriage; and Obergefell v. Hodges (2105), the right to gay marriage were among the landmark Supreme Court decisions based on the 14th Amendment.

The 14th Amendment was one of three post-Civil War Amendments to the Constitution, the others being the 13th Amendment that abolished slavery and the 15th Amendment gave all citizens the right to vote regardless of race, color, or previous position of servitude. Voting rights for women, however, were not guaranteed.

Historian Eric Foner (2019) characterized the three post-Civil War amendments as “sleeping giants . . . that continued to inspire those who looked to the Constitution to support their efforts to create a more just social order” (p. xxviii).

Since its passage, the 14th Amendment has continued to transform law and society in the United States. As New York Times opinion writer Magliocca (2013) noted:

This sentence would be the legal basis for the Supreme Court’s subsequent decisions desegregating the public schools, securing equality for women, and creating the right to sexual privacy. Bingham also said that his text would also extend all of the protections of the Bill of Rights to the actions of state governments, which is largely, though not completely, the law today (para. 15).

Online Resources for the 14th Amendment

3. ENGAGE: What Are Students' Rights at School?

Students "do not shed their constitutional rights to freedom of speech or expression at the schoolhouse gate" declared the Supreme Court in the 1969 Tinker v. Des Moines case (the details of the case are in Topic 5/Standard 6 of this book).

At the same time, the law permits schools to set their own rules and policies about what students can and cannot do in school buildings (First Amendment Rights for Student Protestors). As a result, in many instances, students do not have the same rights in school buildings that they have outside them (Student Rights at School:  Six Things You Need to Know).

Schools can restrict students' rights to free speech when whar students are saying can cause a "substantial disruption" to school activities or impinges on the rights of others. Schools can also restrict student speech that is lewd, happening at school-sponsored events, or promotes illegal drug use (Johnson, 2021).

Additionally, students do not have a right to wear racially or religiously threatening images (such as swastikas or confederate battle flags) in school nor can they post racist or degrading comments about classmates on their outside-of-school social media accounts (National Education Association, 2018). Student actions can be restricted by school officials when those officials believe there is a significant threat to orderly educational practices or other peoples' legal rights.

Students attending private schools (that is, schools not funded by local, state, or federal government) do not automatically have the same rights as their peers in public schools. Constitutional protections do not necessarily apply. Instead, student rights are determined by the legal contract that families sign to send children to those schools (Student Rights in Private Schools). Private schools therefore have broad discretion about the rules and behaviors they want to enforce and students must follow them or they can be punished or expelled for violating the contract signed by their families to attend.

American political and civic life rests on a series of fundamental principles and broadly shared values. INVESTIGATE explored the meanings of four of those principles and values: equality, rule of law, limited government, and representative government. UNCOVER discussed how the 14th Amendment to the Constitution has over time extended America’s fundamental principles and values to African Americans and other marginalized individuals and groups. ENGAGE asked what are the protections and limits of students’ rights at school.