Public Service as a Career

Standard 4.9: Public Service as a Career

Explain the importance of public service and identify career and other opportunities in public service at the local, state and national levels. (Massachusetts Curriculum Framework for History and Social Studies) [8.T4.9]

FOCUS QUESTION: What Are Students' Career Opportunities in Public Service?

“What do you want to be when you grow up?” adults constantly ask young people as if teens and tweens could easily answer that question. We live in a time of rapid technological and social change that makes planning for the future uncertain. Instead of deciding on a single career in high school or college, today’s graduates are much more likely to change jobs than earlier generations. The Bureau of Labor Statistics (2019) has reported that workers born between 1957 and 1964 had an average of 12.3 jobs between ages 18 and 52, although many of those jobs were in the same career field.

Adding to the uncertainty of jobs in the future, there are untold numbers of careers that have not even been created yet. According to the World Economic Forum (2016), “A projected 65% of children entering grade school will work in jobs that do not exist today" (p. 6). Just ten years ago, who would have thought of becoming a digital marketing specialist, an app developer, a podcast producer, a data scientist, an online content moderator, or a telemedicine physician?

ISTE, the International Society for Technology in Education (2016), urges educators to use technology to “amplify and even transform teaching and learning” (p. 2). To do so enables students to learn the skills of communication, creativity, critical thinking, and collaboration, which are necessary for success in the dynamic and changing workforce of today.

Students should focus on careers where they can do what they love to do, recommended the authors of a special section of the New York Times Magazine for Kids (Craig, 2020, p. 6-7). Their “What Should You Be When You Grow Up” chart displayed current and future careers in six broad categories: 1) Move your body and travel; 2) Create new things and travel; 3) Get hands dirty and move your body; 4) Help people and get your hands dirty; 5) Help people and learn how the world works; and 6) Learn how the world works and create new things.

What are the career opportunities in public service? The modules for this topic explore working for local, state, and federal government, including becoming a teacher.

Approximately 15% of all jobs are in the public sector, although the number varies from state to state and can be as high as 25% of the labor force.

Millions more people work in state and local governments as teachers, police officers, firefighters, and health and human service personnel. While there are fewer public sector jobs than private sector jobs, many public sector jobs pay more than the national average of $905 a week or $47,060 a year. Public service jobs have good benefits and there is a sense that one is working for the betterment of society.

"Educate and inform the whole mass of the people," Thomas Jefferson wrote in 1787, adding: "Enable them to see that it is their interest to preserve peace and order, and they will preserve them. And it requires no very high degree of education to convince them of this. They are the only sure reliance for the preservation of our liberty" (quoted in From Thomas Jefferson to Uriah Forrest with Enclosure, 31 December 1787).

Jefferson was expressing what has become a long-standing American ideal that going to school and getting an education under the guidance of dedicated teachers is essential to the successful functioning of a democratic society. Without knowledge, the people cannot govern. Jefferson also believed the government had a vital role in providing that education. What is distinctive of the United States, noted Alexis de Tocqueville in 1835, “it is by the attention it pays to Public Education" (2002, p. 23). It is through education "that the original character of American civilization is at once placed in the clearest light” (2002, p. 31).

But history shows that the United States has not always sought to educate every person nor has teaching been highly valued as a public service. The earliest public schools were in Puritan New England (Massachusetts, Connecticut, and New Hampshire). They were “small, their curriculum uniform, and their students homogeneous” (Axell, 1974, pp. 286-287). They focused on teaching religious values and learning from the Bible. Besides the Bible, the first book used in schools was The New England Primer which introduced each alphabet letter in a religious phrase and then illustrated the phrase with a woodcut.

The Boston Latin School, founded in 1635, is the oldest school in America; the Roxbury Latin School, the oldest school in continuous operation in North America was founded in 1645. Four years later, Harvard was established as the first American college. In 1657, the Massachusetts Bay Colony passed a law requiring a community of 50 or more families to hire a schoolteacher. However, the concept of public education in Puritan New England did not spread; private schooling was the norm throughout the colonies.

From early colonial times to the late 18th century, most school teachers were men in their 20s, many of whom used teaching as a stepping-stone to careers in law or the church. Women ran "Dame Schools" in their homes for young children. Women in rural areas managed groups of students during the summer when men were farming. Schools were only open a few months of the year when children were not needed to work at home or in the fields.

The nature and structure of schools and teaching began to change in the 1820s and 1830s with the arrival of the Common School, an early version of today's public school. Massachusetts education reformer Horace Mann (1796-1859) saw common schools as the means to provide a system of free, universal, non-religious-based schooling. These schools would be funded by taxes and special fees paid by parents and would provide education for all children, regardless of religion or social class. These schools would teach basic literacy and arithmetic and a philosophy of democratic citizenship. The emergence of common schools created the need for more teachers, and to meet this demand, women were hired, although paid one-third of their male counterparts. By the 1850s, a majority of the nation's teachers were women. Today, about four out of five teachers are women (Loewus, 2017).

From the outset, education for African Americans was blocked first by the system of slavery and then by institutional segregation and White racism. South Carolina passed the first law prohibiting the education of slaves in 1740 following the Stono slave rebellion. Many other southern states passed similar laws banning education for slaves. During the years before the Civil War, a small number of slaves would learn to read and write in secret from other educated slaves, or from 'benevolent' slave owners or slave owning family members. Frederick Douglass describes in his memoir how he learned to read and write during his time as a slave.

After the Civil War, many educators promoted education for former slaves and their children, and schools were set up for African American children. But these schools faced the immense challenges of poor funding, lack of proper resources, and the ever-present threat of violence from White community members.

Shaping the life experiences of Blacks were Jim Crow laws, oppressive policies instituted by white southerners designed to restrict the rights and opportunities (including education) of African Americans by segregating Blacks and Whites while Whites maintained access to institutions of power and control. The Supreme Court’s 1896 Plessy v. Ferguson decision made racial segregation constitutional, establishing the doctrine of “separate but equal” as the law of the land until it was overturned by the 1954 Brown v. Board of Education decision.

The struggle to integrate public schools before and after the Brown v. Board decision includes some of the most compelling stories of the 20th century Civil Rights Movement. In 1951, a 16-year-old girl, Barbara Rose Johns led a student strike to protest the substandard educational facilities at her all-Black high school in Prince Edward County, Virginia.

The Little Rock Nine were a group of African American students who enrolled in Little Rock Arkansas Central High School in 1957. The state's White segregationist governor deployed National Guard soldiers to block the students from attending classes until President Dwight Eisenhower, yielding to pleas from Martin Luther King, Jr. and other civil right leaders, sent in troops from the Army's 101st Airborne Division to ensure that the students could go to school.

Ruby Bridges was only six-years-old and living in New Orleans when she became the first Black student to attend a previously all-White elementary school in the Southern United States. Four federal marshalls accompanied her to school everyday for an entire school year where she was the only student in her class.

Even after the Brown v. Board of Education decision, school integration was stymied by the practice of redlining. Redlining refers to the discriminatory practice of withholding home loan or home insurance funds from buyers in certain areas of a city (outlined on maps in red). Mortgage lenders redlined areas (predominantly low-income African American neighborhoods) where they did not want to make loans. Redlining as a formal practice began with the National Housing Act of 1934. It served to prevent African Americans from home ownership and helped create communities where people from different races lived and went to school in isolation from one another. It was not made illegal till the Fair Housing Act, Title VIII of the Civil Rights Act of 1968. Learn more at a wiki page Redlining and Housing Segregation Against African Americans.

Today, in 21st century America, African American students continue to face racial bias in every aspect of the educational system. They are more likely to attend under-resourced public schools; they score lower than White students on standardized tests; they graduate from high school and from college at lower rates than Whites; they are subject to higher rates of disciplinary action and school suspensions and are more likely to be placed in special education classes than other students.

3. ENGAGE: Is Teaching a Career for You?

Christa McAuliffe, the astronaut who was also a high school social studies teacher once said, “I touch the future, I teach.” Her quote frames teaching as a career that matters.

Through teaching, adults engage students in developing their talents as learners, creators, thinkers, and doers who can shape their futures with the knowledge and skills they gain in school. Effective teachers are major keys to the success of students in schools at all grade levels. 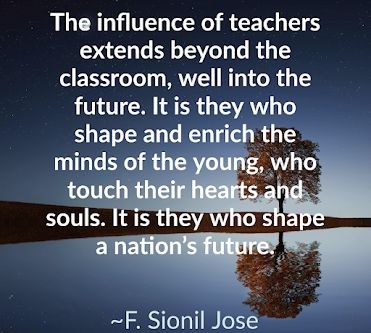 School enrollments in the United States are continuing to increase. In fall 2019, 50.8 million public school students attended prekindergarten through grade 12, and that figure is projected to surpass 52 million by 2027.

All these students need teachers. There were 3.7 million teachers in fall 2019 (Bustamante, 2019) and that number is projected to rise to 3.9 million by 2027. But many observers believe there is a current and growing teacher shortage. The Economic Policy Institute forecast a shortage of some 200,000 teachers by 2025 (Garcia & Weiss, 2019).

Teachers have been at the center of the nation's response to the COVID-19 pandemic. In late August, 2020, the Trump Administration's Department of Homeland Security declared teachers are essential workers, joining other public and private sector employees in areas such as medicine, energy, transportation, agriculture, and retail who provide services that are crucial to the nation's health and economy (Who Are Essential Workers? Economic Policy Institute, May 19, 2020).

Is teaching a possible career choice for you?

Public service careers including working in government, education, law enforcement and public safety, non-profit organizations, and environment and conservation. INVESTIGATE discussed working for local, state, and federal government. UNCOVER examined the history of American public schooling. ENGAGE asked whether teaching is a career for you.