CoverIntroduction for EducatorsExpanded Table of Contents with Media Literacy ConnectionsUpdates & Latest AdditionsLearning Pathway: Black Lives MatterLearning Pathway: Influential WomenLearning Pathway: Student RightsLearning Pathway: Election 2020Learning Pathway: Current Events Learning Pathway: Critical Media LiteracyTeacher-Designed Learning PlansTopic 1. The Philosophical Foundations of the United States Political System1.1. The Government of Ancient Athens1.2. The Government of the Roman Republic1.3. Enlightenment Thinkers and Democratic Government1.4. British Influences on American Government1.5. Native American Influences on U.S. GovernmentTopic 2. The Development of the United States Government2.1. The Revolutionary Era and the Declaration of Independence2.2. The Articles of Confederation2.3. The Constitutional Convention2.4. Debates between Federalists and Anti-Federalists2.5. Articles of the Constitution and the Bill of RightsTopic 3. Institutions of United States Government3.1. Branches of the Government and the Separation of Powers3.2. Checks and Balances Between the Branches of Government3.3. The Roles of the Congress, the President, and the Courts3.4. Elections and Nominations3.5. The Role of Political PartiesTopic 4. The Rights and Responsibilities of Citizens4.1. Becoming a Citizen4.2. Rights and Responsibilities of Citizens and Non-Citizens4.3. Civic, Political, and Private Life4.4. Fundamental Principles and Values of American Political and Civic Life4.5. Voting and Citizen Participation in the Political Process4.6. Election Information4.7. Leadership and the Qualities of Political Leaders4.8. Cooperation Between Individuals and Elected Leaders4.9. Public Service as a Career4.10. Liberty in Conflict with Equality or Authority4.11. Political Courage and Those Who Affirmed or Denied Democratic Ideals4.12. The Role of Political Protest4.13. Public and Private Interest Groups, PACs, and Labor UnionsTopic 5. The Constitution, Amendments, and Supreme Court Decisions5.1. The Necessary and Proper Clause5.2. Amendments to the Constitution5.3. Constitutional Issues Related to the Civil War, Federal Power, and Individual Civil Rights5.4. Civil Rights and Equal Protection for Race, Gender, and Disability5.5. Marbury v. Madison and the Principle of Judicial Review5.6. Significant Supreme Court DecisionsTopic 6. The Structure of Massachusetts State and Local Government6.1. Functions of State and National Government6.2. United States and Massachusetts Constitutions6.3. Enumerated and Implied Powers6.4. Core Documents: The Protection of Individual Rights6.5. 10th Amendment to the Constitution6.6. Additional Provisions of the Massachusetts Constitution6.7. Responsibilities of Federal, State and Local Government6.8. Leadership Structure of the Massachusetts Government6.9. Tax-Supported Facilities and Services6.10. Components of Local GovernmentTopic 7. Freedom of the Press and News/Media Literacy7.1. Freedom of the Press7.2. Competing Information in a Free Press7.3. Writing the News: Different Formats and Their Functions7.4. Digital News and Social Media7.5. Evaluating Print and Online Media7.6. Analyzing Editorials, Editorial Cartoons, or Op-Ed CommentariesGlossaryIndex of Terms
2.1

The Revolutionary Era and the Declaration of Independence

Standard 2.1: The Revolutionary Era and the Declaration of Independence

Apply knowledge of the American Revolutionary period to determine the experiences and events that led the colonists to declare independence; explain key ideas about equality, representative government, limited government, rule of law, natural rights, common good, and the purpose of government in the Declaration of Independence. (Massachusetts Curriculum Framework for History and Social Science) [8.T2.1]

British attempts to assert tighter control over its North American colonies and the colonial resolve to pursue self-government led to a colonial independence movement and the Revolutionary War. (AP U.S. History Key Concept) [3.1]

FOCUS QUESTION: What Key Ideas are the Foundations of United States Government?

Drafted by Thomas Jefferson, edited by Benjamin Franklin and John Adams, and adopted by the Continental Congress on July 4, 1776, the Declaration of Independence consists of 1,320 of the most famous words and phrases in history:

The Declaration asserted that all men have “inalienable rights” that had been violated by a “long train of abuses and usurpations” committed by the king and government of England. Listing the laws and acts that the colonists felt were intolerable, the Declaration stated in no uncertain terms that people had a right to cut ties with a government that they believe is unjust.

A statement of principles and protests, the Declaration did not have the force of law. It is the United States Constitution that “establishes the shape of government, and the limits and boundaries of the freedom it protects. Still the Declaration of Independence remains the outstanding example of the spirit, as opposed to the letter, of U.S. law” (Teaching American History Professional Development Project, nd., p. 1).

The signing of the Declaration has been immortalized by John Trumbull's famous painting (shown below). But as journalist Olivia B. Waxman has noted in Time magazine, "This Painting is Probably How You Imagine the Original Fourth of July. Here's What Wrong with It."

The Declaration of Independence is a key document of the American Revolution, but by the time it was signed the Revolutionary War was well underway, having begun with the Battles of Lexington and Concord (April 19, 1775) and the Battle of Bunker Hill (June 17, 1775). You can learn more about the war at our wiki page: Battles and the Roles of African Americans during the American Revolution.

Since the Revolution, how has the Declaration of Independence shaped Americans' thinking about freedom, liberty, justice, and human rights for all? The modules for this topic explore that question with an emphasis on the rights of women, African Americans, workers, and people of the world.

1. INVESTIGATE: The Seneca Falls Convention and the Declaration of Sentiments (1848)

The Seneca Falls Convention was organized in western New York in 1848 by Elizabeth Cady Stanton, Lucretia Mott, and a collection of Mott's fellow Quakers.

The Convention lasted six days and was attended by 300 people. On the morning of July 19, 1848, Elizabeth Cady Stanton read aloud what would become one of the most important documents in United States history, the Declaration of Sentiments and Resolutions.

Modeled after the Declaration of Independence, the Declaration of Sentiments contained a list of the grievances and inequalities caused by men, which paralleled those caused by the King of England. It included a list of demands for equality for women in the home, at work, and in education, as well as a call for women’s suffrage (the right to vote in political elections). Frederick Douglass attended and spoke at the convention, supporting suffrage. The resulting Declaration of Sentiments was signed by 100 people.

The Declaration of Sentiments provides teachers and students with opportunities to compare and contrast the issues that led the colonists to declare independence from England with the events and issues that led women to declare their rights as equal members of society. The Timeline of Women’s Rights in Early America (National Women’s History Museum) offers an overview of the status of women in early America.

Teachers from different subject fields can integrate the Declaration of Sentiments in curriculum and instruction (submitted by Sharon Edwards):

2.UNCOVER: Eleanor Roosevelt and the Universal Declaration of Human Rights

Eleanor Roosevelt was the wife of President Franklin D. Roosevelt and one of the most influential first ladies and women leaders in United States history.

A political activist throughout her life, Eleanor Roosevelt worked for women’s rights and the end of discrimination and poverty in the nation and the world. She was a diplomat, active internationally after World War II in promoting peace and freedom for all people. She was a prolific writer, authoring a six-days-a-week newspaper column titled My Day that ran from December 30, 1935 to September 26, 1962. At its height, the My Day column appeared in 90 newspapers nationwide with a readership of over four million people. Learn more about her expansive political career: Eleanor Roosevelt, First Lady and Citizen Activist.

Eleanor Roosevelt has been called the “First Lady of the World." One of her most important achievements was inspiring the writing of the Universal Declaration of Human Rights.

Adopted by the United Nations in 1948, the Universal Declaration of Human Rights consists of 30 articles listing the basic rights that every person anywhere on Earth should have. The Universal Declaration was a direct response to the horrors of atrocities of World War II. The opening to its Preamble reads: “Whereas recognition of the inherent dignity and of the equal and inalienable rights of all members of the human family is the foundation of freedom, justice and peace in the world" (United Nations).

As summarized in National Geographic Magazine (2008), the Declaration stated: 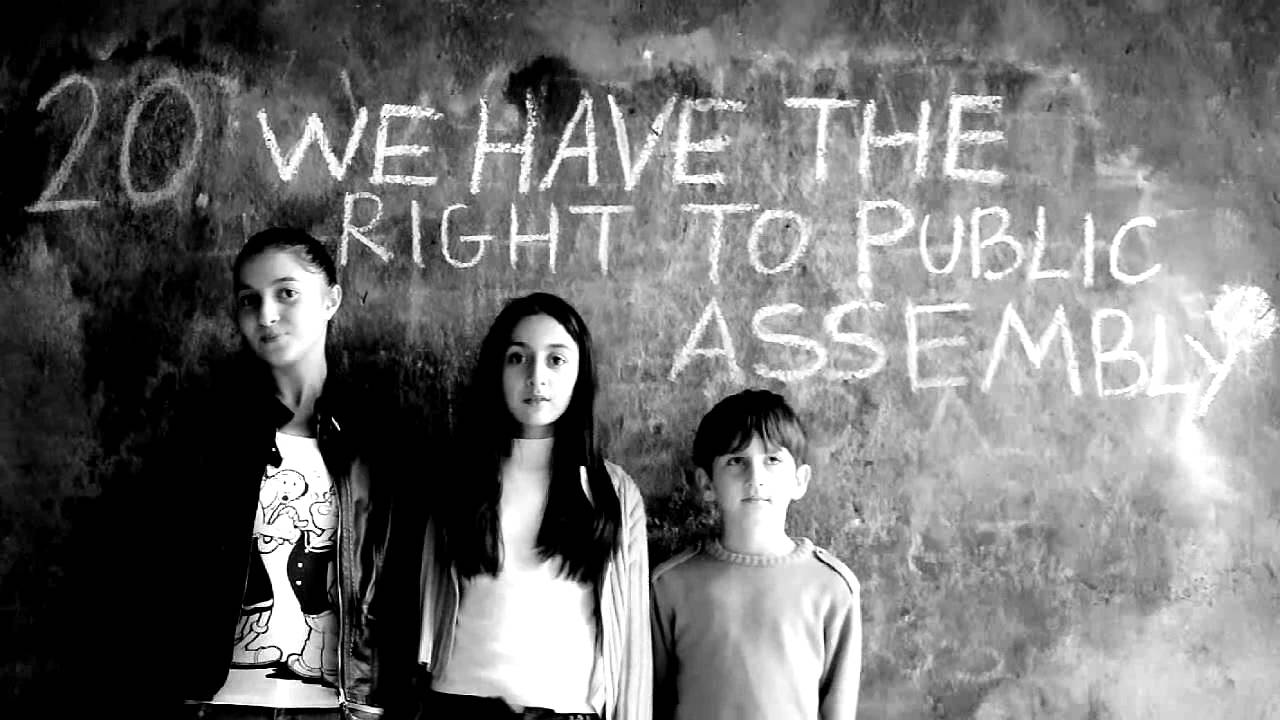 The following wiki page offers more background on The Creation of the United Nations and the Universal Declaration of Human Rights.

Online Resources for Eleanor Roosevelt and the Declaration of Human Rights

3.ENGAGE: What Do Other Declarations of Independence Declare?

Other declarations in United States History and world include:

There are famous statements of independence by individual writers and activists, including:

You can also learn more at our wiki page for Toussaint L'Ouverture and the Haitian Revolution.

Throughout U.S. history, oppressed and disenfranchised groups (women, African Americans, farmers, workers, indigenous peoples, and more) have set forth their declarations of independence. Modeled after the original Declaration of Independence written by Thomas Jefferson in 1776, these documents set forth their visions for achieving full rights, freedoms, and liberties as members of American democracy. Imagine that these groups had access to modern social media platforms. How would they have utilized social media to express their ideas and gain support for their goals? 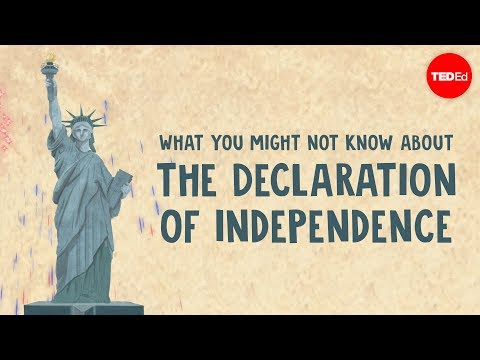 Online Resources for other Colonial Era Declarations of Independence

The principles of the Declaration of Independence, declared Frederick Douglass in his 1852 Fourth of July address, are "saving principles" and people must be "true to them on all occasions, in all places, against all foes, and at whatever cost." INVESTIGATE discussed efforts by women to assert their rights and freedoms through the Seneca Falls Convention's Declaration of Sentiments. UNCOVER explored Eleanor Roosevelt and the writing of Universal Declaration of Human Rights. ENGAGE asked who wrote other declarations of independence in U.S. history and what those declarations declare.