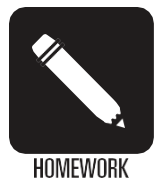 1. Read and respond to the questions for each of the case studies listed below.

2. After reviewing the cases write a response to these questions and be prepared to share your responses.

The areas that Rogers Elementary serves combine neighborhoods with upper middle class communities and working class communities. Standardized test scores are published in local newspapers and are listed according to specific teachers’ classrooms. Oftentimes real estate agents refer to the school’s high test scores as a selling point for houses in the area. Teachers gain recognition and status within the school and the community partially based on their students’ scores on these standardized tests.

Over the last few years, many students have moved into the school boundaries who are not native English speakers. These students, however, must take the standardized tests in English. Because of the obvious language barrier, these students do not perform as well as native speakers. Teachers at the school have become quite concerned that their classroom scores will drop if they have non-native English-speaking students placed in their classrooms. One teacher was heard stating:

It is not that I have anything personally against students who don’t speak English. It is just that I don’t want them in my classroom because they will pull my class’ test scores down. I have a reputation to uphold. These are high stakes tests! Probably those kids are smart, but if they don’t speak English, their test scores will automatically be low. My test scores must remain high for my professional future and the school’s. That’s why I don’t want those kids in my classroom.

The principal received similar responses from several different teachers and was having quite a difficult time placing the incoming non-native English-speaking students. Actually, the more complaints he heard about how test scores would be lowered, the more he became concerned. He knew that something must be done about the situation, and it must be something that would meet the needs of the non-native English-speaking students and the concerns of teachers.

Jesus has recently arrived in the United States. He is from Mexico City and is 16 years old. Jesus speaks, reads, and writes fluently in his native Spanish, but speaks very little English and reads and writes some English. When Jesus arrived at Wander High School, his counselor enrolled him in a variety of classes including a science course. Jesus was so excited to attend his courses. He was particularly excited about his science class. In Mexico, Jesus had always excelled in science. Jesus’ counselor gave Jesus his class list and showed him where all of his classes were located. The counselor had informed each of Jesus’ teach- ers that Jesus would be attending their classes and that he did not speak English, but that he could read and write some English.

On his first day, Jesus entered his science class and the teacher smiled, handed him a textbook, and then motioned him to take an empty seat. She then lectured to the class regarding the subject that they were studying—photosynthesis. As Ms. Samarge lectured, she drew pictures on the chalkboard, showed a video, and asked the students many questions. At the end of the lecture, the teacher assigned certain pages and assignments from the textbook as homework. Jesus attended class everyday that week and the week after that. He sat by another Spanish-speaking student who would translate for Jesus when he could.

Each day, the class proceeded in the same manner—a quick written quiz would be given on the previous night’s reading, the teacher would lecture using many visual aides and repeating the information in many different ways, and then assign new homework out of the textbook. After two weeks, Jesus had not turned in any homework and had flunked all of the written quizzes. His teacher was concerned.

Ms. Samarge knew that students learning English were supposed to be able to better understand the content material if the teacher used many visual aids and presented the information in multiple ways while teaching. Ms. Samarge wondered what else she could do to try to find out what Jesus understood.

Ms. Washington had been teaching for over twenty years in an urban and very diverse elementary school. Over the years, Ms. Washington had children from all different socioeconomic, ethnic, and language backgrounds in her classroom. She prided herself on treating all of her students equally: “I don’t see color. I just see children.” Ms. Washington applied this philosophy to all aspects of her classroom, from teaching to curriculum to testing.

Coco started the school year in Ms. Washington’s classroom. Originally from Hungary, Coco had been liv- ing and going to school in Germany for the last four years. Coco attended class regularly and was eager to do all of the work. However, Ms. Washington noticed that Coco consistently did very poorly on the weekly spelling, oral dictation, and sentence tests. This pattern puzzled Ms. Washington because Coco would often spell words correctly in her journal and then make errors on the spelling, oral dictation, and sentence tests. After several weeks of this same pattern, Ms. Washington decided to speak to Coco.

Ms. Washington gathered Coco’s daily journal and the past few weeks’ spelling, oral dictation, and sen- tence tests. Ms. Washington showed Coco the words spelled correctly in her journal and the pattern of misspelled words on the tests. She asked Coco to explain why she did not spell the words correctly on the tests. Coco explained that it was because during the tests, Ms. Washington said the spelling words and oral dictation too quickly and that she did not have enough time to hear and understand them very well, let alone write them down. Coco went on to explain that when she wrote in her journal she had enough time to think carefully about what she would write, look up words in her English-Hungarian dictionary, and re-read her sentences. Ms. Washington realized that Coco did always work on her journal writing for the full time allowed, rather than finish early as many other students did.

Rather than being relieved by Coco’s explanation, Ms. Washington became even more concerned. She could not give Coco more time during the spelling, oral dictation, or sentence tests because that would not be equal or fair to the other students. She always treated all students fairly and equally in her class- room. Ms. Washington did not know what to do.

Following in the footsteps of her two older sisters, Julia has been in Mr. Hansen’s math class at Madison Middle School since the fall. Julia’s family has lived in the neighborhood for many years and is of Mexican- American descent. They are hard workers from a lower socioeconomic background. Julia’s parents encourage their children to do well in school and to speak both English and Spanish because they believe that these abilities will help their children get better jobs. Mr. Hansen thinks Julia is friendly and hard- working, but a little unconfident, just as her sisters were. Also, like her sisters, Julia performs terribly in math. She has never received higher than a C– on any math test she has taken in Mr. Hansen’s basic math class, which is the lowest math course offered at the school.

Julia works hard on the daily in-class and homework assignments and, generally, does fairly well on them. However, on every test day Julia is either sick or does poorly on the test. When Julia does take a test in Mr. Hansen’s math class, she is usually the last person to finish. Sometimes Mr. Hansen will notice that halfway through the testing time, Julia still has not started and is just looking through the pages of the exam. Mr. Hansen does not feel that it is appropriate for him to try and help her during a test because that would not be fair to the other students. So, he just watches Julia “waste” time. He has spoken to Julia about this problem and her tendency to be “sick” on test days, but Julia just smiles. Because of her low self-confidence, Mr. Hansen doesn’t want to push the issue for fear she will perform even more poorly on tests or miss more days of school.