PIDT, the Important Unconference for Academics

A version of the following was originally published in Educational Technology. The full citation is:

PIDT is an annual meeting that has become a favorite for many faculty to discuss issues related to curriculum, doctoral student advising and teaching, research, professional service, and emerging theories and technologies. By design a small conference, focused on networking, discussion, informality, and professional growth, but still a conference from which a large number of initiatives and defining publications have emerged. The following is a brief history of this unique and important conference in our field.

In 2004, Wineburg poetically lamented the state of presentations at the American Educational Research Association (AERA) conference. He described his first AERA conference in 1985, and his excitement to attend a session where four “luminaries” in his field would be presenting. Enthusiastically, he squeezed into the packed room, only to hear one esteemed professor read her notes verbatim. The second speaker did have visuals, but after “firing slides like an Uzi fires rounds,” Wineburg realized few were actually paying attention or learning from the presentation. He asked, “Must it be this way?” (p. 13).

That same year, 1985, a group of instructional systems technology professors quietly answered, “No!” and formed a unique, new conference, which was really more of a professional meeting than a conference. This “unconference” emphasized everything traditional conferences were not, including a priority on discussion, interaction, networking, mentoring, and action. “The main focus was primarily social and professional interaction on an individual/small group basis. The remote, rural settings provided opportunities for much more conversation and interaction than would be available at larger, more structured conferences,” Mike Moore of Virginia Tech said. A focus on balancing structure with informal conversations is a tradition that lives on in the PIDT meetings, which have been held annually except for 1997. The group originally called themselves Professors of Instructional Systems Technology, which reflected the direction of the field at the time, but which formed an awkward acronym that only persisted for a few years before becoming PIDT. Sleeping in cabins that for the first few years did not have indoor plumbing or heating, and meeting at a rustic retreat at Shawnee Bluffs in Indiana, on the banks of Lake Monroe, the original group (led by Dr. Thomas Schwen of Indiana University) met to discuss curriculum, research, and the emerging directions of the field.

“We were a new enough field that maybe people wanted to share information,” Rhonda Robinson, of Northern Illinois, said. Robinson added that PIDT especially provided a way for female professors, who were fewer at the time, to associate and mentor each other.

The meeting was so successful that they continued meeting annually in Indiana. Eventually, the conference was moved to a rotation system, typically held at either Estes Park, Colorado, or Smith Mountain Lake, Virginia, while occasionally being held at other locations. Wherever the meeting is held, the emphasis has always been on locations where recreation merges with business, allowing participants to begin conversations in classrooms and continue them on a hike or in a canoe.

After a few years, the group decided to expand and allow faculty attendees to bring one advanced doctoral student each, as a way to introduce the students to additional faculty mentors. “Many of us were graduating and did not know how to get into the professoriate. I had three courses and no ideas what to do!” Sharon Smaldino of Northern Illinois said. “We were finding that a lot of the newbies were getting lost. They weren’t understanding the big picture. . . . We tried to make a way to ensure their success. That’s something unique about this meeting. It’s very nurturing.” Eventually attending PIDT became an honor for many graduate students lucky enough to be chosen to attend with their adviser.

Despite an emphasis on informality and recreation, PIDT has a tradition of providing key opportunities for professional development where participants can explore new technologies, develop new theories and ideas, receive feedback on new initiatives, and collaborate on new publishing opportunities. Many PIDT attendees remember learning about emerging technologies for the first time at PIDT, such as Twitter, Second Life, Nvivo, and even the World Wide Web when it was still a radically new innovation. “I get to listen to what the doc students are talking about these days and check what I’m teaching,” Robert Branch, of the University of Georgia, said. “I first heard about Twitter here, and OER (Open Educational Resources). Things that I could not ‘not know.’”

In addition to strands about new technologies, PIDT typically has a curriculum strand, where participants bring syllabi and teaching materials to share. In years past this has included sessions on classes common to most departments (such as a pre-service educational technology course) to new courses being developed (such as a course on ethics and instructional technology) to other, larger proposed changes within academic departments. “The established faculty have a forum if they need it. When we moved to LDT (Learning, Design, and Technology as a new name for their academic program), it was here we tried it out,” Branch said.

Other topics commonly discussed at PIDT include the following:

Typically, only about half of these sessions are scheduled ahead of time, with the rest emerging at the conference as attendees discuss topics of interest to all of them. However, most participants feel the greatest value of PIDT is the professional development that occurs in between sessions. “I learned a lot from watching the senior people in the field,” Smaldino remembered. “I think . . . people like to get together to have these informal conversations that you can’t have inside your program [where you can] sit down and talk about how do you do I.T.?”

These opportunities for networking in a relaxed atmosphere also are beneficial for graduate students. “It’s a lot of fun. We get so serious as professors and forget to have fun. It’s important for students,” Robinson said, before adding that “A theory in parenting is that it’s important for kids to see parents play” and doctoral students get the same benefit from networking with professors in a relaxed, recreational event.

Where Publications Are Born

Traditionally, PIDT has been a place where collaborators could meet and discuss ideas for publications. Perhaps most well known was when David Jonassen was selected to edit the first edition of the Handbook of Educational Communications Technology and used PIDT to brainstorm the list of chapters/topics and to recruit many of the authors. Numerous other articles and book chapters have similarly emerged from PIDT collaborations, including at least one edition of the AECT definitions and terminology book, with many of the definitions hotly discussed at PIDT sessions.

The PIDT conference is typically hosted in the East, then the West, and sometimes somewhere in the middle. Where it’s hosted is usually planned a year away, based on which universities and departments are interested in hosting. There is no formal organization or leadership, but the departments at Virginia Tech and Brigham Young University have cared for the website and Facebook group over the last decade, and hosted the majority of the conferences. To learn more about upcoming PIDT conferences, visit the Facebook page [https://edtechbooks.org/-CL] or the official website [http://pidtconference.org/].

Please complete this short survey to provide feedback on this chapter: http://bit.ly/PIDTConference 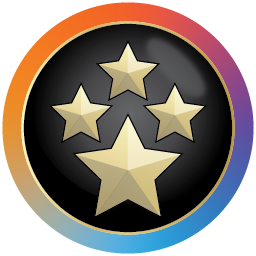 He tweets @richardewest, and his research can be found on http://richardewest.com/