2.3 Representations of and Racism Toward Black Americans in the Media

At the Constitutional Convention, the American Revolutionary era declaration that "all men are born free and equal" was denied for Black people. The Three-Fifth Compromise, which counted those in slavery to determine representation in Congress, gave greater power to southern slave-owning states and helped elect slave-owning Presidents in the years before the Civil War. A Fugitive Slave clause was included in the Constitution and the slave trade was allowed to continue for 20 more years. Black slavery that lasted until after the Civil War was followed by Jim Crow segregation and a long civil rights movement that demanded equality and justice, but racial stereotypes persisted.

Powerful, persistent, and pervasive White racism toward Black Americans that began with the forced arrival of the first slaves in North America in 1619 continues today in multiple areas of modern society, including social media. In a video lecture, Emory University professor Nathan McCall has tracked the history of negative, racist imagery toward Black Americans in the media from the founding of the U.S. to the Presidency of Barack Obama. 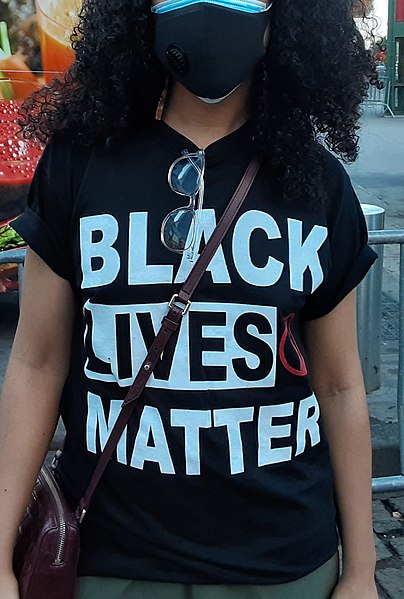 Racist imagery is only one means of racism in the media. Limited opportunities for creative expression online, racist algorithms, and allowing White people to the steal and get credit for the work of people of color are all different means of maintaining existing systems of inequality and racism.

During summer 2020, amidst protests for racial justice following the death of George Floyd, TikTok faced extensive criticism about treating content created by African Americans unfairly on the platform. The company responded saying it was committed to diversity and equal opportunities for Black content creators to post on the site (A Message to Our Black Community, June 1, 2020).

Black artists staged a strike against TikTok at the beginning of July 2021 (learn more: Many Black TikTok creators are on strike from the platform. Here are voices from the boycott). For many content creators, the popularity of their posts produces income to sustain their artistic and creative work. However, far too often, Black artists often lose credit and income when White artists steal the styles, dances, and trends they create, as in the case of the Renegade dance designed by Black teenager Jalaiah Harmon, and then platforms like TikTok spotlight and promote the White artists' posts rather than the original content creator's post.

The following activities ask you to analyze media representation of, and social media use by, Black Americans; and, then, design media that affirm and celebrate Black lives and culture.

Challenge Your Media Podcast Activity by Suhyun, Lydia, and Emily

Activity 3: Curate a Collection of Images of Black Lives and Culture

It is 2050 and enormous strides have been made toward civil rights and social justice in the United States. You are working as a historian for the Smithsonian and you have been asked to create a digital collection of images that represent Black Lives and Culture in the first two decades of the 21st century.

Building Democracy for All: Did the Three-Fifths Compromise Make the Constitution a Pro-Slavery Document?