Representations of Native Americans on Film and in Local History Publications

More than 8 million American Indian and Alaska Native people live in the United States today, and those numbers are projected to rise to 10 million by 2060 (Indian Country Demographics, National Congress of American Indians, June 2020).

Most students, however, learn little about Native peoples in schools. The indigenous education organization IllumiNative reports that most (87%) state level history standards do not address Native history past 1900.

Much of what students do learn about Native history comes from the media. Hollywood movies and network television shows have long portrayed First American indigenous people in grossly stereotypical terms. Men are depicted as warriors and medicine men. Women are portrayed as either objects of desire or inconsequential members of a tribe. Native peoples are often shown as living in the wilderness or on reservations even though 60% of today's American Indian and Alaska Native population live in cities (5 Common Indigenous Stereotypes in Film and Television, ThoughtCo., January 2021). 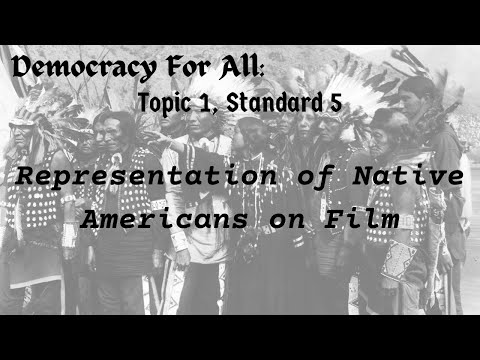 These activities ask you to critically consider how Native peoples have been represented in films and how those representations have shaped people's attitudes.

Activity 1: Analyze how Native Americans are Portrayed in Movies

Activity 2: Design a Film or TV show About Native Americans' Influence on the U.S. Government

Activity 3: Research & Redesign the First American History of the Place Where You Live Today

Building Democracy for All: Native American Influences on American Government