CoverMedia Literacy Activities for Learning Civics ConceptsDefining Critical Media LiteracyTopic 1. Foundations of the United States Political System1.1 Democracy in Social Media Policies and Community Standards1.2 The Internet as a Public Utility1.3  21st Century Women STEM Innovators1.4 Media Coverage of Kings, Queens, and Royal Families1.5 Representations of Native Americans in Films, Local History Publications, and School MascotsTopic 2. The Development of United States Government2.1 Declarations of Independence on Social Media2.2 Media Marketing and Government Regulation of Self-Driving Cars and Electric Vehicles2.3 Representations of and Racism Toward Black Americans in the Media2.4 Political Debates Through Songs from Hamilton: An American Musical2.5 Bill of Rights on TwitterTopic 3. Institutions of United States Government3.1: Hollywood Movies About the Branches of Government3.2: Writing an Impeachment Press Release3.3: Members of Congress' Use of Social Media3.4: Political Impacts of Public Opinion Polls3.5: Website Design for New Political PartiesTopic 4. The Rights and Responsibilities of Citizens4.1: Immigration in the News4.2: Portrayals of Immigrants in Television and Film4.3: COVID-19 Information Evaluation4.4: Women Political Leaders in the Media4.5: Online Messaging by Special Interest Groups4.6: Digital Games for Civic Engagement4.7: Social Media and the Elections4.8: Images of Political Leaders and Political Power4.9: Media Spin in the Coverage of Political Debates4.10: Celebrities' Influence on Politics4.11: Political Activism Through Social Media4.12: Media Recruitment of Public Sector Workers4.13: Images of Teachers and Teaching4.14: For Whom Is and Could Your School Be Named4.15: Representing Trans Identities4.16: Media Framing of the Events of January 6, 20214.17: Music as Protest Art4.18: PACs, Super PACs, and Unions in the MediaTopic 5. The Constitution, Amendments, and Supreme Court Decisions5.1: Prohibition in the Media5.2: The Equal Rights Amendment on Twitter and Other Social Media5.3: Civil War Era News Stories and Recruitment Advertisements5.4: Representations of Gender and Race on Currency5.5: The Equality Act on Twitter5.6: Reading Supreme Court Dissents Aloud5.7: Television Cameras in CourtroomsTopic 6. The Structure of State and Local Government6.1: Native American Mascots and Logos6.2: A Constitution for the Internet6.3: Military Recruitment and the Media6.4: Your Privacy on Social Media6.5: Pandemic Policy Information in the Media6.6: Gendered Language in Media Coverage of Women in Politics6.7: Gendered Toy Marketing6.8: Environmental Campaigns Using Social Media6.9: Trusted Messengers, the Media, and the Pandemic6.10: Online Campaigning for Political Office6.11: Advertising the Lottery Online and In Print6.12: Local Governments, Social Media and Digital Democracy6.13: Protecting the CommonsTopic 7. Freedom of the Press and News/Media Literacy7.1: Press Freedom in the United States and the World7.2: Objectivity and Reporting the News from All Sides7.3: Investigative Journalism and Social Change7.4: News Photographs & Newspaper Design7.5: How Reporters Report Events7.6: Recommendation Algorithms on Social Media Platforms7.7: YouTube Content Creators7.8: Fake News Investigation and Evaluation7.9: Paywalls and Access to Online News7.10: Critical Visual Analysis of Online and Print Media7.11: Memes and TikToks as Political Cartoons7.12: Women Reporters in the Movies7.13: Design a 21st Century Indie Bookstore

7.12: Women Reporters in the Movies

Featured in nine Hollywood movies from 1937 to 1939 and played by three different actresses, Torchy Blane was a fictional newspaper reporter who was also a tough-talking, crime-solving detective.

In the 1939 episode, “Torchy Blane Runs for Mayor,” the reporter, played that time by Glenda Farrell, exposes corruption in a city government where the mayor was taking money from the mob. In a plot twist with modern-day implications, the mayor threatens to withdraw advertising from any newspapers who criticize him, but Torchy finds a paper that will publish the truth.

Cited by one journalism researcher as “the most famous fictional journalist you’ve never heard of,” Torchy Blane may have been the most well-known fictional reporter of her time - more popular than either Lois Lane or Brenda Starr, two other fictional women reporters in the popular media of the time (RTDNA, July 2, 2019).

Although actress Glenda Farrell is most prominently associated with the character, Torchy Blane was also played by Lola Lane in one movie and her name served as the inspiration for the reporter Lois Lane in the Superman comics (Turner Classic Movies, April 24, 2019). You can read a summary of all Torchy Blane films here. 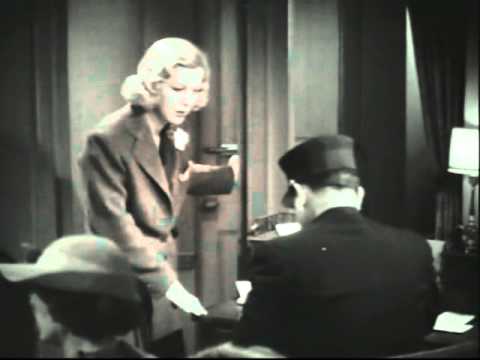 The image of a truth-seeking, fearless, tough-minded female reporter was a liberating role model for women during the mid-20th century when movies were the predominant entertainment media. In the 1970s, the Mary Tyler Moore Show and Murphy Brown continued to portray women reporters as independent figures, although the roles were in comedies where the news business was broadly played for laughs.

Looking at media today, do you see any women news reporters in recent Hollywood movies or current television or streaming shows (for example, Jennifer Aniston and Reese Witherspoon on The Morning Show on Apple TV+)? How do they compare with the image of a strong-minded reporter like Torchy Blane?

In this activity you will design a poster for a modern-day movie, TV show, podcast, or streaming series about a woman journalist.

Activity: Design a Poster for a Movie, TV Show, Podcast, or Streaming Series about a Woman Journalist

Building Democracy for All: Writing the News: Different Formats and Their Functions