This was original posted to Royce Kimmons's blog on February 2, 2011.

Building off of Matthew Might’s illustrated guide to a PhD and sparked by some concepts presented in Roberts’s The Dissertation Journey, I’ve been pondering lately the scope of human knowledge, scientific progress, and distributed cognition as they relate to seeking a PhD in today’s world. 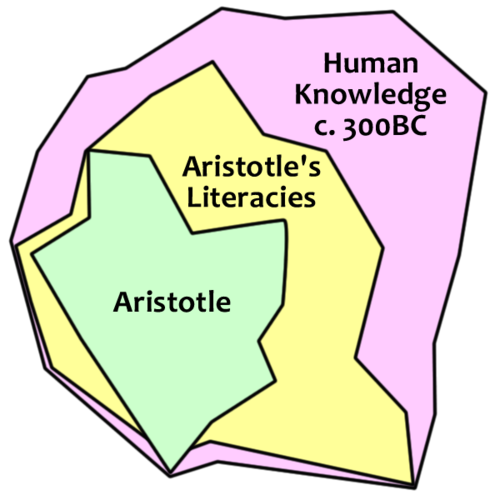 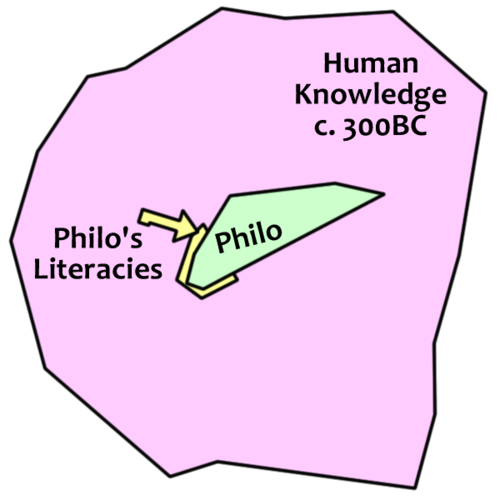 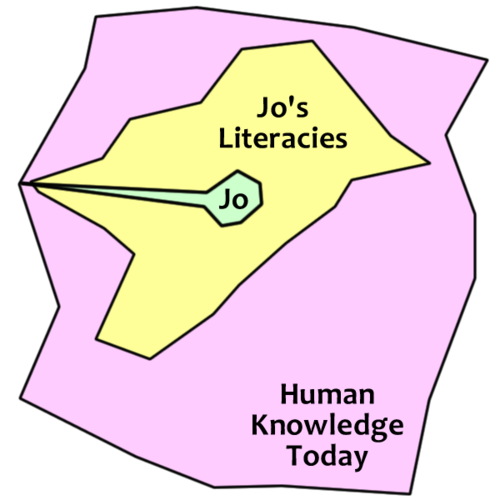 First, it raises concerns for the ivory tower approach to education and research that persists in our society, because Jo, like the unlearned peasant of two millennia ago, is, himself, only skilled in a single way of thinking and working. He may not, for instance, be able to bring himself to think about problems and issues in the world around him in non-academic or non-disciplinary ways. (To a devout businessman, aren’t all occurrences business opportunities? To a devout researcher, aren’t all happenings fodder for research?) In fact, he may not even be able to effectively communicate with those of different educational levels or research interests (cf. Deresiewicz).