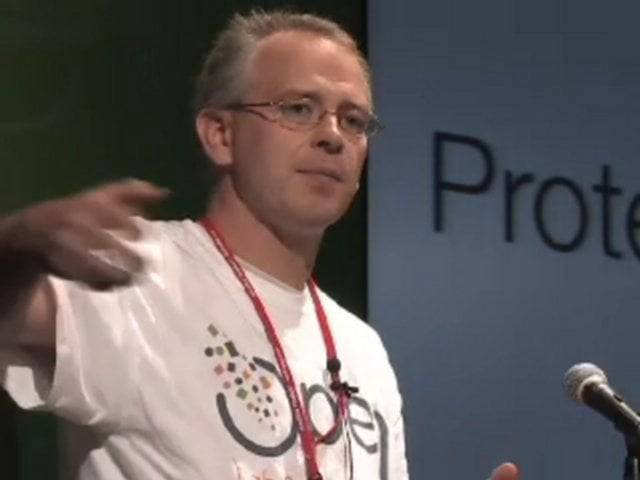 The iSummit ‘08 marked ten years since the introduction of the first open content license. In this video David Wiley, the founder of Open Content, talks about the inception of the idea of open content, reviews the successes and challenges in open content over the past decade, and shares his vision of the future direction and possibilities of open content.

Open Content emerged gradually from the fertile soil prepared by Richard Stallman’s Free Software and Eric Raymond’s Open Source movements. Wiley, while working at Marshall University and then as a graduate student at BYU, gradually realized that the ideals and principles of open source software could be applied to the world of digital educational content and, if done properly, could potentially revolutionize education as we know it.

The first step in creating open content was to create a GPL for content. Wiley set out to do this and, in time, helped create the Open Publication License which was the intellectual forerunner to the Creative Commons licenses used worldwide today.

In the last decade millions of products – including photos, music, video, and articles – have been licensed using the Creative Commons license, UNESCO has enthusiastically promoted Open Educational Resources, and the Capetown Declaration has been signed by thousands. All of this led Wiley to exclaim, “Not bad for ten years!”

Finally, Wiley outlines some problems which still need to be figured out such as licensing compatibility and defining the term “noncommercial,” and looks ahead to some opportunities, such as CC plus,  CC zero, and the concept of the Open High School of Utah (a free and completely online high school which uses only open materials, now renamed Mountain Heights Academy).