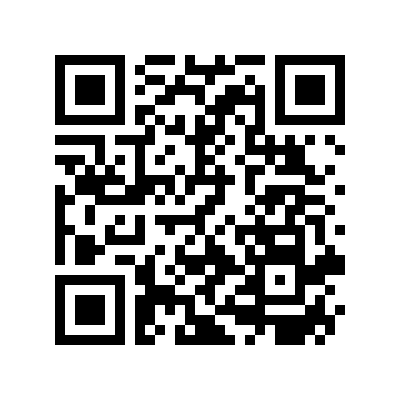 Although there are probably many more, there are at least three kinds of interpretation or story reading modes Rob or any qualitative inquirer could use:

Rob appears to have tried to use all three of these approaches in his dissertation. Let’s explore his story in terms of all three to clarify your thinking about these various interpretive approaches.

Rob studied the literature on reflective teaching and synthesized it in Chapter Two of his dissertation. He used that literature in the generation of some of his themes in Chapter Four (the first of these was included in the excerpt from his study included in Appendix G of this book). This is a common approach inquirers use to interpret or read experiences they have– they ask how their experience compares to the experiences of others as related in the literature and other outlets. Lou Smith (in Williams, 1981) uses the term, “foreshadowed problems” to represent issues and questions he brings from various sources to any new inquiry experience.

Many of the approaches to qualitative inquiry and analysis described by Tesch (1990) are built around particular theories, questions, and worldviews. These can serve as explicit interpretive stances for all kinds of inquiry, including qualitative studies. For example, if Rob had begun his study with a particular interest in characteristics of language used by Dave and others in his school and what those characteristics could tell him about the school as a culture, he could have used the questions generated by ethnoscientists, structural ethnographers, symbolic interactionists, and ethnomethodologists to guide his inquiry explicitly. If he had been more interested in the discovery of regularities in terms of cultural or social patterns, Rob could have been guided by the work of holistic and educational ethnographers.

In fact, it seems that Rob was interested in the meaning of teacher reflection as manifest in the life of one teacher. The work of phenomenologists (searching for patterns or themes in a given phenomenon), life historians, and hermeneutisists (searching people’s experiences as students of literature search texts) was useful to Rob in planning and conducting this study, as he indicated, “We saw that the notion of a reader’s making of meaning with a text is analogous to the notion that teacher research is the making of meaning with students.” (p. 61)

You may find it useful to look at these categories of analysis Tesch (1990) has created to see if your particular interests, questions, and readings of experiences in your setting can be enhanced by the methodological work of others. You should also read the substantive literature associated with particular questions you have so see what others are asking and concluding relative to your particular questions. This is an ongoing part of qualitative inquiry that continues throughout your life as a thoughtful, learning educator. Whatever you are reading, television shows you watch, lectures you hear, and many other sources of information can figure into your ongoing thinking, and thus into your reading of the experiences you and the people you work with are having. Connections you make between what you are learning from the literature and work of others to what you are experiencing in your educational inquiry setting may be formally addressed in reports. But it is more likely that you will make these connections on the run in your field notes or journal. Anything you hear or think about can be relevant. But if you don’t write the information and your thoughts about it down, you might forget about them before they can guide your inquiry.

In the excerpt in Appendix G, Rob spends nearly a sixth of his dissertation (25 pages) painting a picture or portrayal of the world Dave Jensen and he shared during this study. His rationale for sharing this story was that he wanted to establish a context for later discussion of what Rob called “Dave Jensen’s reflections.” He wanted to give his readers a chance to read the story of Dave Jensen without being too overwhelmed with Rob Boody’s agenda. As Rob said, “This chapter is divided into two main parts. The first part is primarily descriptive, to give a feeling for how Dave Jensen teaches and how he thinks about teaching. This description is valuable in its own right. . . . even though [like a similar book on schooling] it presents little in the way of theory or explicit analysis.” He goes on to point out that “these results are only part of what I recorded, which is in turn only part of what I saw, which is in turn only part of what was there to be seen [and] even what seems to only be description is also interpretation. There is no neutral or objective seeing, and an observer interprets a research situation by how he or she acts within the scene– by attending to one thing instead of something else, by what he or she thinks, records, and feels– as well as by later analytical processes.” (p. 74)

Then Rob presents an account of Dave’s teaching, his students’ responses, Rob’s interactions with him, Dave’s thoughts about his teaching, and so on. In some ways, this narrative account seems like a story with no interpretive stance. The reader can almost see Dave teaching and can certainly hear his voice and the voice of the students, in addition to hearing Rob’s voice as the storyteller. However, it is equally obvious that Rob used an interpretive stance in choosing what parts of the story to tell. In fact, he was using this story telling opportunity to read the story of Dave Jensen he had been experiencing for nearly two years, in a particular way, a way related to Rob’s overall questions about Dave as a reflective teacher.

The literature on narrative and storytelling is extensive. One useful resource that applies these concepts directly to improving teaching is Connelly and Clandinin’s (1988) Teachers as curriculum planners: narratives of experience. As Elliot Eisner says in the forward to this book, the authors “provided a narrative built upon the premise that experience is the primary agency of education.” (p. ix) He goes on to explain that “experience is slippery; it is difficult to operationalize; it eludes factual descriptions of manifest behavior. Experience is what people undergo, the kinds of meanings they construe as they teach and learn, and the personal ways in which they interpret the worlds in which they live. Such aspects of life are difficult to relegate to a technology of standardized observation schedules or behavioral measures, yet what people experience is schools is central to any effort to understand what schools mean to those who spend a major portion of their lives there.” (p. ix) Eisner applauds Connelly and Clandinin for helping teachers convey their experiences and the experiences of their students through stories by stating, “this book provides us with a reminder that it is more important to understand what people experience than to focus simply on what they do. We need not only to see what we look at, we also need to interpret it. This interpretation requires a willingness to listen deeply to what people have to say, to see beyond what they do in order to grasp the meanings that their doings have for them. One of the strongest aspects of Teachers as Curriculum Planners is the use of teacher narratives. The metaphors by which teachers live, the way they construe their work, and the stories they recount, tell us more profoundly about what is going on in their lives as professionals than any measured behavior is likely to reveal. One must be willing to understand by participating sympathetically in the stories and in the lives of those who tell them. One must be willing to vicariously participate in scenes that one cannot enter into directly. The use of narratives, and the epistemological frameworks through which these narratives embody and convey meaning, not only provides an important way to think about curriculum and teaching, but also is vital to understanding what goes on at school.” (pp. x-xi)

Connelly and Clandinin have invited teachers and others involved in creating curriculum and learning experiences to listen to stories told by others who have been doing the same things and to stories from their students. These stories provide a rich rendition of the tellers’ experiences. They are interpretations of their experiences, which can influence the readers as no other kind of story can. The qualitative approach to “reading” people’s stories is clearly in line with their theme. As an inquiring inquirer, you have many opportunities to invite people around you to tell you stories of their lives in narrative form and to listen to those stories or “read” them. Doing so will allow you to get deeper into the meanings people have for what they are experiencing.

Rob read Dave’s stories using an implied interpretive stance by observing him, by listening to him tell stories about his past and current experience, by asking him questions based on what he saw and heard. Rob also asked questions based upon his explicit interpretational stance as set forth in the literature he was reading. But in addition to these ways of focusing on Rob’s interpretive stances, he also made some attempt to discover Dave’s interpretive stance without forcing his observations through his own interpretive screens. He used a procedure proposed by Spradley (1979, 1980) to look at Dave’s language, his activities, and other dimensions of his experience and to dissect that experience into components that revealed Dave’s meanings and interpretations atheoretically. Although Rob is not explicit in his dissertation about how he applied Spradley’s procedures, we can examine a part of the story he tells (the one in Appendix G) and present those procedures for illustrative purposes in this Chapter.

In addition to Spradley, several other authors provide suggestions for mapping out various dimensions of people’s experiences to discover their interpretive stances without imposing an a priori interpretive framework. Miles and Huberman (1984) identify a host of ideas for visually illustrating interpretive patterns in qualitative descriptions of people and their activities and settings. Strauss (1987) provides several excellent examples of ways to interpret participants’ interpretive stances through careful analysis of their behaviors.