When asked to spend time reflecting on her experiences, one woman said: “My life is so hectic I barely have time to breathe, much less reflect, and if I take time for reflection, something else in my schedule is going to have to go. There is no way to get everything done!”

When this person finally “schedules” time for reflection, one questions the quality of the reflection she will be able to engage in. For such a person, who embodies the modern anxieties too many of us feel, is it possible to “schedule” time for reflection? Or is it only possible to set aside time for the body to remain immobile while one allows one’s mind to race about? While many of us feel the need to take more time to think, to ponder, to reflect upon our experiences, too often we reach the end of the day so exhausted that we don’t even take the time to reflect upon the lack of reflection during our day. And too often we construe the problem in terms of limits on our time, resources, and physical strength. Do these limits define us, or do we define the limits? If the limits define us, then the answer is technological, but if we define the limits, perhaps the problem is spiritual, and the only answer, moral.

On the side that argues for technological solutions are those who resist the idea that modern man is not reflective. They assert that surely the progress made by modern man in science, technology, law, government and world order are evidence that at no time more than the present have men and women been more anxiously engaged in thought. Of this type of thinking, one of the most important 20th century philosophy, Martin Heidegger, wrote:

Man today is in flight from thinking. This flight-from-thought is the ground of thoughtlessness. But part of this flight is that man will neither see nor admit it. Man today will even flatly deny this flight from thinking. He will assert the opposite. He will say—and quite rightly—that there were at no time such far-reaching plans, so many inquiries in so many areas, research carried on as passionately as today. Of course. And this display of ingenuity and deliberation has its own great usefulness. Such thought remains indispensable. But—it also remains true that it is thinking of a special kind.

Its peculiarity consists in the fact that whenever we plan, research, and organize, we always reckon with conditions that are given. We take them into account with the calculated intention of their serving specific purposes. Thus we can count on definite results. This calculation is the mark of all thinking that plans and investigates. Such thinking remains calculation even if it neither works with numbers nor uses an adding machine or computer. Calculative thinking computes. It computes ever new, ever more promising and at the same time more economical possibilities. Calculative thinking is not meditative thinking, not thinking which contemplates the meaning which reigns in everything that is.

The kind of thinking Heidegger criticizes in modern man coincides with the type of thinking one imagines can actually be scheduled into one’s daily planner—the kind of thought one questions is really thoughtful at all, in the sense of having the quality of care, concern, and passion. Somehow, the words reflection and thought have been transmuted by the modifier of “calculative.” This transmutation, not at all isolated at this particular instance, should be of concern to all of us. As Neil Postman claims:

Technology imperiously commandeers our most important terminology. It redefines “freedom,” “truth,” “intelligence,” “fact,” “wisdom,” “memory,” “history,”—all the words we live by. And it does not pause to tell us. And we do not pause to ask.

And why do we not pause to ask? Is it really a matter of time? Is not “thought” in fact as inescapably a part of daily life as breathing? If so, then perhaps, as Heidegger suggests, it is the kind of thought that we are concerned with here.

Could there be something in the kind of thought that compels us to “pause to ask” that we are afraid may require more of us as people than we are willing to give? By pausing to ask are we not in danger of hearing something we may not want to hear? Something that may call on us to give—not just our time—but our souls: our care, our concern, our passion? And perhaps even more than this, our willingness to change in the face of those things we might see in ourselves—those realizations we might come to when we pause long enough, not just to still our bodies, but to also still our minds and hearts? Are we perhaps afraid of something within ourselves, something we are not sure we are ready to give up and so are not sure we want to face? If so, then the problem with reflection is not technical at all, but spiritual.

To the mind enamored with framing problems within a technological framework, the “problems” one reflects on are problems “out there,” away from us, public, restricted, essentially technical in nature. This “objectification” of the problems divorces us from not only the world, but from each other, and from ourselves. The ability to “schedule” time for reflection in an otherwise hectic, and anxiety-producing lifestyle, posits our ability to reflect as an essentially active, aggressive, calculative role in which one takes on the world—a role that appears to contradict the inner-transforming effect we might otherwise hope to be the result of serious, deep, and profound reflection. Parker Palmer succinctly analyzes the problem in terms of the academician’s pursuit of truth. But his point is equally poignant for a discussion of reflection:

When academics speak of “the pursuit of truth,” they rightly imply that a gap exists between ourselves and truth. But there is a conceit hidden in that image, the conceit that we can close the gap as we track truth down. In [my] understanding, the gap exists not so much because truth is hidden and evasive but because we are. We hide from the transforming power of truth; we evade truth’s quest for us. That is why [many ancient seekers of truth] went into the desert, into solitude and silence: they were trying to sit still long enough, in a space open enough, that truth could find them out, track them down. The truth that sought them was not an inert object or proposition. Rather it had the active quality of a person who wished to draw them into a community of mutual knowledge, accountability, and care.

Too often we find ourselves running away from something that we can’t progress without. To sit still long enough, and listen close enough, and care enough to “hear” the problem is to already be reaching into the solution. 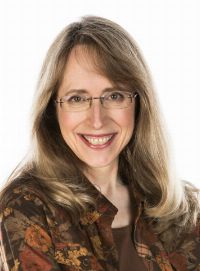 Jane Birch graduated from Brigham Young University with a BA in History and a PhD in Instructional Science. She currently serves as Assistant Director for Faculty Development at the BYU Faculty Center. She supports the amazing faculty at BYU in their efforts to combine religious faith with their professional responsibilities in teaching, scholarship and citizenship.