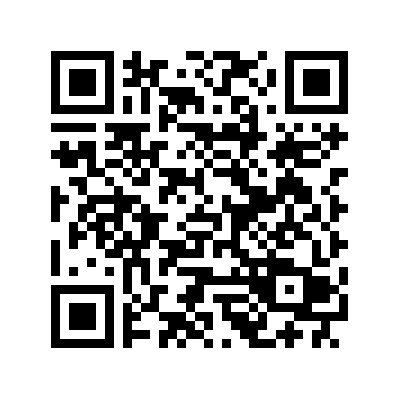 One of the most obvious lessons to be learned from Judy’s experience is that her data collection activities and those used by other inquirers reviewed in this book used natural human skills such as talking, listening, seeing, and thinking that were tailored, focused, and combined differently for particular purposes, depending on the nature of the situation under study. The customized nature of data collection procedures in qualitative inquiry makes it difficult to discuss information-gathering techniques in a standardized way. But keep in mind that you should tailor your collection activities to the requirements imposed by the questions you are asking, the relationships you are developing with people in your study, the kinds of records you are keeping, and by otherwise meshing collection with the other inquiry activities.

For example, Judy spent more of her energy interviewing because she wanted to understand the experience of retention from the viewpoints of the participants. And she interviewed the children differently than she interviewed their parents and the teachers. She also observed the children in classes and at recess to confirm what they were telling her. In terms of document review, she used students’ products (e.g., artwork, writing) and documents the school kept (e.g., report cards, cumulative files, exams) as supporting evidence. She also used journals kept by the teachers to confirm what she was learning through other means. This was not an observation study like K’s was (see Appendix D) and it was not a document review study like Marné’s was (see Appendix B). It was essentially an interview study that used other sources of information and means of gathering to confirm what was learned through interviews.

Another obvious lesson from Judy’s experience is that she recognized and welcomed the fact that she could not conduct this study alone. She needed the help of what she called a “research team” and involved teachers in the school with her in collecting and interpreting information about the lived experiences of the children targeted for this study. Clearly, each of these inquirers had different interviewing styles. They played very different “participant-observer” roles, and they had access to different kinds of artifacts produced by students to use in making sense of what they were hearing and seeing. As she says in the article, “The researchers were constantly interpreting, thinking, and acting as members of a learning community.” (p 101) Judy was thrilled to have alternative perspectives to compare to her own perspectives as she worked with the teachers in making practical decisions about advancing the students after retaining them and in interpreting the experiences of the participants for her dissertation work.

Judy understood that any given inquirer cannot see and hear everything! As humans, we learn to focus our attention and disregard sights and sounds that we believe are less relevant to our focus. We often don’t notice temperatures or body language or colors or other details because we are concentrating on the implications of what someone is saying or on the time we have left to talk or on a person’s accent or on how we are looking as a teacher, observer, or interviewer. Just recognizing our limitations doesn’t solve everything. We will still miss a lot of what is going on; but at least admission of this fact makes us humble and more teachable, which enhances the likelihood that we will learn something– the whole reason for being inquirers in the first place. Judy demonstrated this realization by inviting the teachers to join her in a team of researchers so she could learn from what they might hear or see. She also acknowledged throughout her reports that what she was concluding was tentative and based on this limited experience. She was willing to go to the literature to see if others could help her. She made it clear that the students and their parents could teach her a lot about the experience of retention.

Judy demonstrated that whatever inquirers see or hear is filtered through their experiences, dispositions, biases, energy levels, relationships, roles, time, other resource restrictions, and on and on. We do not just take reality in but create our version of reality through the hearing and seeing experiences. Judy provided some details about who she was and why she was doing this study that could help us understand something about her filters. She acknowledged that she has dispositions and roles that affect what she sees, hears, and thinks. It is easy to imagine that her study would be very different if she were Garry, Marné, or Kyleen. Her story about these five students and the adults associated with them is her story.

Judy’s study is an example of the fact that the inquirer’s presence makes a major difference in what it is possible to hear or see in others while you are there listening and watching. The roles you are developing with people and your relationships with them have something to do with this, but the roles they are playing and the nature of the situation you are in makes a big difference too. If Judy had been a graduate student from a neighboring university, she would have developed very different kinds of relationships with the participants in this study; they would have told her a different story, and she would have heard a different story. Likewise, if she had been a fifth grade teacher or a district curriculum specialist or an interested citizen and not the assistant principal, she would have had a very different experience. The roles she and the others played together would have changed. She would have heard and seen different things and come up with a different story.

As an administrator, Judy was able to spend some time hanging around, getting to be part of the world she was inquiring into before she asked any specific questions. Give people a chance to get to know you so they will be willing to let you get to know them. This involves evolving a role in the situation that is legitimate from the participants’ point of view and that also puts you in a position to learn from them about their ways of experiencing the world. Judy had a legitimate role from the beginning. She had been a teacher and a assistant principal before she began this particular inquiry. She had been “hanging around” the school and was trusted by people with whom she was working. When she talked to parents, they knew that she would be influential in retaining or promoting their children. The teachers knew that she could move children from their classroom to another if she chose to do so. Her role was legitimate and inside the organization she was studying. This is generally the case for educators who decide to become qualitative inquirers. They are already insiders. Certainly, they can choose to conduct inquiry outside the situations in which they are already insiders. For example, a teacher could investigate the principal’s office and activities or the experiences of another teacher, even within the school and that would involve some adjustment while they became part of the “world” outside their normal context. A good place to begin doing qualitative inquiry is within your world as it now exists so you can build from the relationships and roles you have already established.

Although it is difficult to discern from her report, it is likely that Judy recorded as much detail as possible. Particulars are essential to understanding and interpretation. As Hunter and Foley (1976) note, the statement: “The woman behind the drugstore counter was angry,” is a label, while the statement: “The woman behind the drugstore counter became red in the face, began to tremble, gestured back and forth with a clenched right fist, spoke quickly and much more loudly than she had been speaking,” is a better description. (Pp. 46-47). Rather than filter details into highly abstract labels for readers and for your own later review, record the particulars in as much concrete detail as possible. Such records will be much more useful to you and others in the long run. Also be very explicit about the questions you are asking at each step of the inquiry since these questions reveal much about the filters you are using to sift the particulars from the experience into your inquiry. It is difficult to see how well Judy did this from the materials included in Appendix F. A review of her field notes would help considerably. The detailed stories she tells in Chapter 4 of her dissertation are evidence that she did gather lots of particulars. She also presents there the specific questions she asked. These details are rarely presented in written reports because of space restrictions. But each inquirer can certainly answer these questions about detail and particulars in their own inquiries. Doing so will enhance the quality of insights into the objects of study.