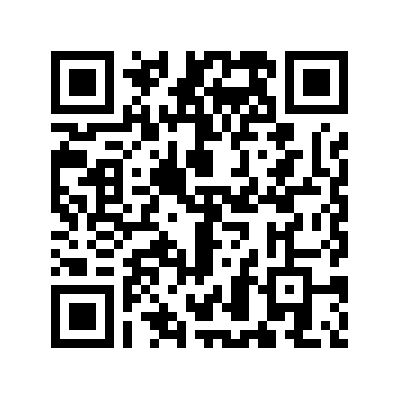 Although much of what has been said about observation applies as well to interviewing, most observation can be done without ever explicitly asking another person to answer a question generated by the inquirer. The teacher can listen to the students ask each other questions and learn much. Or an administrator can observe faculty members conversing and sharing their insights without asking them anything. But sometimes educators are in excellent positions to ask questions of one another and of students, parents, or other participants in the inquiry setting. This is when interviewing becomes useful. In the course of a qualitative study, researchers usually conduct several interviews with many different participants. These interviews range from formal, tape-recorded interviews (sometimes following a pre-defined format) to informal “conversations” in which the researcher takes no notes and does very little to direct the format of the interview. It is through interviews that participants’ perspectives are gathered most directly. Asking questions that will help them express those views requires the several skills reviewed in this chapter.

Similar to the participant observer use of the natural participant role, the inquirer builds on natural conversational experiences to create a new kind of conversation, the interview. Spradley 1979) lists several differences between a friendly conversation and an interview, suggesting that, “It is best to think of ethnographic [qualitative] interviews as a series of friendly conversations into which the researcher slowly introduces new elements to assist informants to respond as informants. Exclusive use of these new ethnographic elements, or introducing them too quickly, will make interviews become like a formal interrogation [like the typical structured interview]. Rapport will evaporate, and informants will discontinue their cooperation. At any time during the interview it is possible to shift back to a friendly conversation. A few minutes of easygoing talk interspersed here and there throughout the interview will pay enormous dividends in rapport.” (Pp. 58-59) Spradley then notes that unlike a typical friendly conversation, the inquirer has more explicit purposes in carrying on the interview, asks most of the questions, encourages the interviewee to do most of the talking, expresses interest and ignorance more freely, repeats what is said to clarify what was meant more often, invites the interviewee to expand rather than abbreviate, and pauses to let the interviewee think about what to say.

As you think about teachers interviewing students or administrators interviewing patrons, it should be clear that doing an inquiry interview is very different than the typical conversations educators have with people they need to understand (like their students and patrons). The inquirer cannot be defensive about what is being said; you must be open and willing to hear their views. It is not clear from the material we have from Judy that she used all these elements in her interviews. But her findings suggest that the people had a chance to tell her what they really thought and that indicates that she probably used many of these tactics.

Interviewing adds a different kind of social dimension to observation that goes beyond listening to them in their own conversations to asking people to talk in response to your direct questions. Work your way into this new activity by initiating the questions around common experiences you have shared during observations. Ask your questions in the language you have heard your interviewees using. Invite them to talk about the experiences without putting your boundaries around their responses so they are able to define the questions they think ought to be answered first. Spradley (1979) suggests you build rapport with interviewees by letting people talk about whatever they want at first, then moving into an exploration of the relationship and what questions are okay to ask, then shifting into a cooperation phase in which the interviewee values the inquiry as much as the inquirer does and they are working together to teach the inquirer about the interviewee’s world and the interviewee helps originate questions rather than only respond to the inquirer’s questions.

For example, if Judy’s first interview with a child had been a formal affair with a tape recorder, sitting in chairs at a table and based on questions like, “How did it feel to be retained a year?” or “How would you like to be advanced to second grade next term?” I would predict that she would either get confused responses from the students or they would simply say what they thought she wanted to hear. On the other hand, if she were to watch them interacting in the classroom or out on the playground and then informally talk to them in those same settings about what she saw them doing there, they would be much more likely to talk to her from their own perspectives and in their own ways and language. She would get information that comes from the participants rather than getting them to simply give her what they think she wants.

Keep asking for more details and other insights from your interviewees without “putting words in their mouths.” Let them know both directly and by your non-verbal communication that you really are their student when it comes to their own experiences and interpretations of those experiences. Listen attentively and be interested. Let people say what they want to say in the ways they want to speak. Watch how they are expressing themselves so you can pick up on the 80% or more of their message that is communicated non-verbally. Never presume to understand them before they have a chance to really explain themselves. You may want to ask them to give you overviews or grand tours of their experience (e.g., Judy might have asked the parents to give her an overview of their child’s life to that point) and then mini-tours (see Spradley, 1979 and 1980 for extensive use of these procedures) to delve into issues discussed during the grand tour in greater detail (e.g., Judy could then follow-up on a particular experience in the child’s life to probe into it for information regarding their grade retention experience). You may ask them to give you examples and then ask more questions based on those real life situations. The intent is to get them to do most of the talking and you do most of the listening. They are the experts!

Judy’s whole study was organized around the belief that the children and their parents knew more about their experience of retention than did the educators who made the decision to retain the children in first grade. She wanted the teachers and administration of the school to be silent in their professional authoritarian roles and to listen to the people involved. Once again, the material in Appendix F does not provide the details that demonstrate how this was done, but the preface to her dissertation reveals the fact that Judy and her colleagues changed their views of retention dramatically based on this experience. They learned something they did not know. They did not just find confirmation for their own beliefs. They were willing to hear that they were wrong.