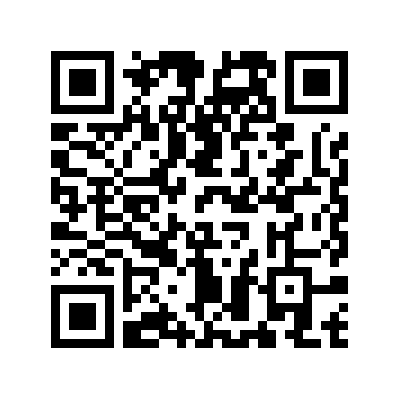 A major finding of this experimental class was that KL was able to accomplish her objectives in spite of several difficulties she encountered. As a result, she not only learned valuable information about herself and the student (and tangentially about other students); she also learned to value research and evaluative feedback more highly. However, there were several difficulties as well as benefits associated with this experience.

KL encountered some problems in conducting her study. Taking field notes during class, even while the children were busy with seat work did not work. The video camera helped tremendously; however, each time Jimmy left his desk, he also left the camera’s view. Having to stay after school many nights to review and analyze those tapes and to create and expand her field notes was often a grueling ordeal. It was also difficult to have to write all the results and conclusions from the study into a final report, though she eliminated this part of the process as she conducted other inquiries on other students for her own evaluative and diagnostic feedback.

When she first contemplated interviewing Jimmy’s parents, she worried they would be upset that she was focusing too much attention on him and that she may find problems during her study that they wouldn’t want to deal with. When she finally decided to interview all the parents (which was also more work than she anticipated), she was surprised to discover that nearly all the parents appreciated the attention she gave to their views and to their child in this way.

Although KL had been fairly observant of her students before the study, she had to admit she probably neglected some children in order to focus extra attention on Jimmy during the three month study. However, the experience was so positive she has continued focusing attention on other individual students in a series of mini-studies. The information obtained through this study helped her realize how much more there might be to learn.

In spite of these difficulties, the results of the study were essentially positive. The most obviously positive outcome for KL was a change in her attitude and feelings toward Jimmy. Through the several hours of observation and interviews, she better understood the reasons for his inappropriate behaviors and her concern and genuine interest in him as an individual increased. Other teachers and students had difficulties accepting Jimmy. They often expressed their annoyance with his disruptive and what they considered to be “strange” behaviors. KL found herself defending him against cruel comments from others who did not understand him and his needs as she felt she did.

With this change in attitude, KL identified several ways to help Jimmy improve. She began by giving him extra praise when he stayed on task and by finding opportunities for him to discuss topics he was interested in during class. Through the interviews with Jimmy, his parents, and the guidance counselor, she found other needs she and other school personnel could address. His disruptive and inappropriate behaviors could be curtailed through guidance counseling as well as positive feedback from other teachers for appropriate behaviors. Also the guidance counseling would help him improve his social skills through positive contact with his peers in a “friendship group” under the direction of the guidance counselor. In the classroom, KL could draw on his knowledge and experiences in front of his peers, to help them gain an appreciation for his strengths.

Another positive outcome of the study was an improved relationship between KL and Jimmy’s parents. Although she had worried that the parents would not understand her intent in studying their son in depth, by referring to the parent/teacher conference as an interview, KL found the parents opened up and gave her valuable information which helped her identify other ways to help Jimmy. Also because of the hours of observation she had done, she was prepared to share useful information with them.

Not only did she gather useful data about the student she was observing, but also about herself and her own teaching techniques. This experience helped her realize how few one-on-one interactions she was having with children in a typical day in the classroom. Her field notes also helped her tally the positive and negative reinforcements she was giving to students. She discovered that she gave more positive reinforcers than negative ones to the group as a whole, but the negative outnumbered the positive for individuals. These findings led to a renewed effort to practice the principles of reinforcement she had always intended with each individual student.

There were several other benefits from the study aside from the insights KL gained regarding Jimmy. For example, the principal took an active interest in her project and interviewed Jimmy for her to see what additional information Jimmy would reveal to a different adult. As a result, the teacher-principal and student-principal relationships were improved (as was the principal’s opinion of the teacher). Also, as she reviewed the videotapes for data on the student, she saw herself as the teacher and was able to note strategies she was using that worked well and areas in which she could improve. Although the focus was not on self-evaluation, such information flowed naturally and usefully to her as she learned to be a better observer.

As a result of this study, KL has made some permanent changes. She learned by experience that a teacher is one of the most natural people to be an observer in a classroom. Teachers have constant access to the classroom and students. Unlike outside researchers, who must take time and care to develop rapport with new informants every time they enter a new classroom, teachers are not strangers to the school setting. Teachers have ongoing opportunities to develop strong and fruitful informant relationships with students, parents, and other participants in school life.

Though her first experience with qualitative inquiry methods in the classroom took three months and many hours of work and only directly benefitted one student, KL discovered how these techniques could also be used realistically to benefit all of her students. Although she has not found it feasible to conduct formal, detailed studies on each of her students like she did with Jimmy, KL has begun to conduct periodic mini-studies, focusing on one child at a time. She continues to use the video taping equipment, to keep a field note journal, to interview students and parents, and to administer questionnaires. Taping all the students in the classroom enables her to view the tape several times, each time focusing on a different student. Even though each student is not necessarily observed, all are benefitting from her efforts. KL has continued discovering needs of the students with the most severe problems through analysis of the information she gathers through all these procedures. She hopes all the students will benefit from her associated efforts to improve the learning environment.

So far, the field notes from these mini-studies have not been analyzed to be written up as formal reports. Rather, KL reviews and analyzes them to obtain formative evaluation feedback and then maintains them as reference files on the students observed for herself and others who may want to collaborate with her to conduct related research.

Seith, M. L. (1980). Solving for some unknowns in the personal equation. Unpublished manuscript available from Williams at BYU.