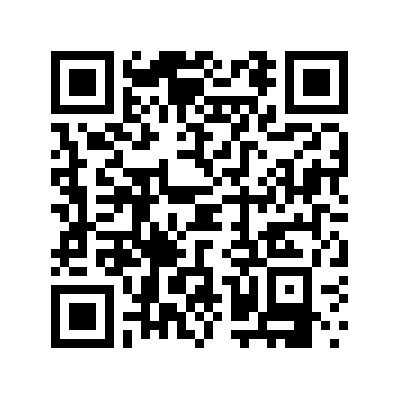 Security is a big issue in the professional world, and even professionals make mistakes. Consider these security breaches that made headlines:

Developers must understand how to secure their web applications if they want to protect their users, data, and servers. This chapter discusses common attacks that hackers use and what developers can do to defend against them.

What is a Web Application?

Beginning developers frequently do not know how to defend their web applications, because they are unfamiliar with methods that hackers use to attack. Hackers use a variety of attacks in an effort to access sensitive user data. If developers want to know how to effectively prevent attacks to keep data secure, they must be familiar with attacks that hackers might use against their applications. Common attacks include (but are not limited to) packet sniffing, bypassing authorization rules, password cracking, code injection, distributed denial-of service attacks, and buffer overflow attacks. The following sections will describe how these attacks work and how developers can defend their applications from these attacks.

The internet works by sending electromagnetic signals through wires, fiber optic cables, and the air. These signals represent the data sent between machines and are separated into small groups of data known as packets. Packet sniffing occurs when the attacker uses a wire tap or a radio receiver to record packets that are in transit. All packets sent over the internet are vulnerable to packet sniffing. The only way to protect sensitive data is to encode the data in such a way that only the intended recipient can decode it. In other words, data must be encrypted while in transit in order to be secure.

The HTTPS protocol. Fortunately, application developers are not expected to write code to encrypt data. There is an existing internet protocol that performs encryption and decryption operations: HTTPS. HTTPS uses a secure method (known as a handshake) to establish encryption and decryption keys between the server and the client. By enabling the HTTPS protocol on an application’s web servers, the developer can ensure that all web traffic between the server and the client will be encrypted. If any packets are recorded by packet sniffers, the encrypted data will be indecipherable. The process of enabling HTTPS is different for every server, so developers will need to refer to their server’s documentation for specific instructions. Though enabling HTTPS may seem like a hassle for a beginning developer, it is necessary to secure any sensitive information that flows between users and the application servers.

The process of logging into an application is also known as authentication. A user provides authentication tokens—typically a username and password—to the application, and the application confirms that the tokens are authentic. Once a user’s identity is confirmed, the application uses authorization rules to decide what data the user is allowed to access and what actions the user is allowed to perform. For example, a standard user may be authorized to write comments, view personal comments, and view comments written by friends. An administrative user, on the other hand, may be authorized to view, modify, or delete any comments.

Server-side code is code that is executed on the application’s servers. Common server-side programming languages include Java, ASP.NET, PHP, Python, Ruby, and Node.js. Server-side code acts as an intermediary between the client and the data, so data will not be secure if the server-side code fails to protect it. Whenever a user makes a request to one of the application’s servers, the server should verify that the user is authorized to perform the request. If the user is not authorized, the server should respond with an error message and terminate the request. Then, even if a user is able to circumvent any client-side defenses, the server will enforce the authorization rules to help keep the data secure.

If attackers cannot find a way to bypass authorization rules, they may try to guess or steal the authentication tokens of other users. Although users are primarily responsible for securing their own passwords, there are ways for application developers to help protect user passwords:

By helping users secure their passwords, application developers can reduce the likelihood of successful attacks and keep sensitive user data from getting into the wrong hands.

SQL injection. SQL is a querying language that developers use to interact with relational databases. Hackers may try to use SQL injection to make unauthorized changes to a web application’s database. Fig. 1 illustrates an example in which the developer uses PHP as the server-side programming language and SQL as the database language. The developer builds an insert statement (a line of SQL code used to add new data to a database) and places the user’s comment into the insert statement. If the user submits a typical comment (e.g., “I had a great time at the lake today!”), then the comment will be successfully saved in the database. However, a hacker may try to attack the database by trying to submit SQL code as a user comment. For example, if the user submits “test`, `hacker123`, now()); DROP TABLE user_comments;--” as a comment, then all user comments will be deleted from the database, and the developer will be left with nothing but a group of angry users.

For a web application that needs to save user input into a relational database, the developer must protect against SQL injection to keep the data safe. Developers can use code libraries (such as PHP’s PDO library) that can prepare SQL statements in a safe way by removing parts of user input that may be unsafe to execute (cf. Fig. 2). For databases that do not use SQL (e.g., MongoDB, Cassandra, Redis), there are still vulnerabilities to code injection attacks. To effectively defend web applications that use NoSQL databases, developers must research vulnerabilities and learn about recommended precautions to take.

Stripping HTML tags from user input is a relatively simple method to implement. A web application sanitizes user input by removing all HTML tags (defined by text between the < symbol and the > symbol) from the input, then stores the sanitized input in the database. When the web application retrieves that data from the database and displays it to another user, the lack of HTML tags will allow the other user’s client to display the input text without executing any code.

The main limitation of stripping away all HTML tags is that the developer may want to allow the user to input certain HTML tags—such as hyperlinks, lists, tables, or formatting tags—to make the application more flexible and user-friendly. Whitelisting HTML tags is done by enumerating a list of acceptable tags and removing all other tags from user input. This method may be difficult to implement for beginning developers, but many programming languages have libraries (such as the OWASP HTML sanitizer) that implement whitelisting functions that are relatively simple for developers to use. Due to the complexity of whitelisting functions, beginning developers may want to look for available sources before attempting to write these functions on their own.

To execute a distributed denial-of-service (DDoS) attack, a hacker programs multiple devices (or bots) to flood a web application’s servers with requests. The application servers utilize all of their resources to respond to the hacker’s flood of requests, making it difficult for legitimate users to get any data from the application server. Servers may eventually be driven into a state of deadlock and crash. Because the hacker uses multiple bots with unique MAC addresses and IP addresses, it is difficult for the application servers to distinguish between the hacker’s requests and legitimate requests. If a web application falls prey to a distributed denial-of-service attack, the developer can purchase third-party DDoS mitigation software that thoroughly analyzes incoming traffic in an attempt to distinguish bot requests from legitimate user requests.

A buffer overflow attack (also known as a stack smashing or stack overflow attack) is an attack that is very difficult for hackers to execute, as it generally requires a lot of guessing and a lot of luck. The goal of a buffer overflow attack is to hack into the operating system of one of the web application’s servers. The attack is executed by injecting binary—also known as bytecode or machine code—into the web application’s run-time stack. The run-time stack is part of the server’s RAM (memory) that is allocated to store temporary data, including flow control data, for the web application. The hacker tries to overwrite part of the run-time stack with executable bytecode, then overwrite the stack’s flow control data to make the application execute the injected bytecode. If a hacker executes the attack correctly, the hacker may gain access to all data stored on the application’s servers: usernames and passwords, source code, database credentials, etc. Since this attack targets the server’s operating system, keeping the operating system up-to-date is an important part of preventing a buffer overflow attack. It is also important to keep code libraries and compilers up-to-date (Frykholm, 2000).

Protecting a web application is not simple, but it can be critical to the application’s success. Hackers use a wide variety of attacks to access sensitive data, and it is important for developers to understand how those attacks work and how to effectively defend against them. By taking time during the initial development phase to learn about and implement security features, web application developers will save their time, their money, their customers, and their data in the long run.

Duncan, G. (2013). Here’s why your email is insecure and likely to stay that way. Digital Trends. Retrieved from http://www.digitaltrends.com/computing/can-email-ever-be-secure/#:rHaYKy9xLnMJFA