Analyze the point of view and evaluate the claims of an editorial, editorial cartoon, or op-ed commentary on a public issue at the local, state or national level. (Massachusetts Curriculum Framework for History and Social Studies) [8.T7.6]

Standard 7.6 asks students to become critical readers of editorials, editorial cartoons, and Op-Ed commentaries. Critical readers explore what is being said or shown, examine how information is being conveyed, evaluate the language and imagery used, and investigate how much truth and accuracy is being maintained by the author(s). Then, they draw their own informed conclusions.

Modules for This Standard Include:

Teaching students how to critically evaluate editorials, editorial cartoons, and Op-Ed commentaries begins by explaining that all three are forms of persuasive writing. Writers use these genres (forms of writing) to influence how readers think and act about a topic or an issue. Editorials and Op-Ed commentaries rely mainly on words, while editorial cartoons combine limited text with memorable visual images. But the intent is the same for all three - to motivate, persuade, and convince readers.

Many times, writers use editorials, editorial cartoons, and Op-Ed commentaries to argue for progressive social and political change. Look at Thomas Nast's 1869 "Uncle Sam's Thanksgiving Dinner" cartoon that argues that everyone should have the right to vote - published at a time when African Americans, Native Americans, and women could not. Nast constructs a powerful appeal using few words and an emotionally-charged image.

But these same forms of writing can be used by individuals and groups who seek to spread disinformation and untruths.

Large numbers of teens and tweens tend to trust what they find on the web as accurate and unbiased (NPR, 2016). They are unskilled in separating sponsored content or political commentary from actual news when viewing a webpage or a print publication. In online settings, they can be easily drawn off-topic by clickbait links and deliberately misrepresented information.

The writing of Op-Ed commentaries achieved national promience at the beginning of June 2020 when the New York Times published an opinion piece written by Arkansas Senator Tom Cotton in which he urged the President to send in armed regular duty American military troops to break up street protests across the nation that followed the death of George Floyd while in the custody of Minneapolis police officers.

Many staffers at the Times publicly dissented about publishing Cotton's piece entitled "Send in the Troops," citing that the views expressed by the Senator put journalists, especially journalists of color, in danger. James Bennett, the Times Editorial Page editor defended the decision to publish, stating if editors only published views that editors agreed with, it would "undermine the integrity and independence of the New York Times." The editor reaffirmed that the fundamental purpose of newspapers and their editorial pages is "not to tell you what to think, but help you to think for yourself."

The situation raised unresolved questions about the place of Op-Ed commentaries in newspapers and other media outlets in a digital age when material can be accessed online around the country and the world. Should any viewpoint, no matter how extreme or inflamatory, be given a forum for publication such as that provided by the Op-Ed section of a major newspaper's editorial page?

Many journalists as well as James Bennett urge newspapers to not only publish wide viewpoints, but provide context and clarification about the issues being discussed. Readers and viewers need to have links to multiple resources so they can more fully understand what is being said while assessing for themselves the accuracy and appropriateness of the remarks.

Deepfakes, fake profiles, and fake images are a new dimension of political messaging on social media. In December 2019, Facebook announced it was removing 900 accounts from its network because the accounts were using fake profile photos of people who did not exist. Pictures of people were generated by an AI (artificial intelligence) software program (Graphika & the Atlantic Council’s Digital Forensics Lab, 2019). All of the accounts were associated with a politically conversative, pro-Donald Trump news publisher, The Epoch Times.

Deepfakes are digitally manipulated videos and pictures that produce images and sounds that appear to be real (Shao, 2019). They can be used to spread misinformation and influence voters. Researchers and cybersecurity experts warn that it is possible to manipulate digital content - facial expressions, voice, lip movements - so that was it being seen is "indistinguishable from reality to human eyes and ears" (Patrini, et. al., 2018).  For example, you can watch a video of George W. Bush, Donald Trump, and Barack Obama saying things that they never would (and never did) say, but that looks authentic (Watch a man manipulate George Bush's face in real time). 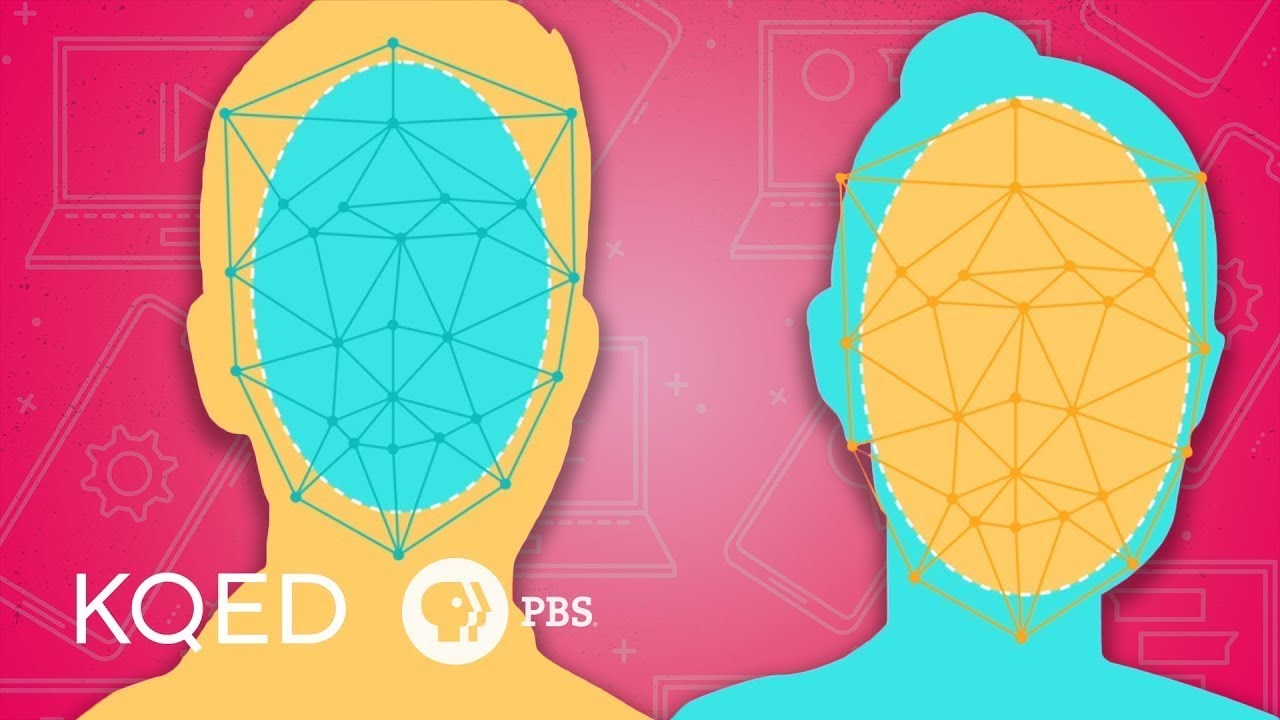 To recognize deepfakes, technology experts advise viewers to look for face discolorations, poor lightning, badly synced sound and video, and blurriness between face, hair and neck (Deepfake Video Explained:  What They Are and How to Recognize Them, Salon, September 15, 2019).  To combat deepfakes, Dutch researchers have proposed that organizations make digital forgery more difficult with techniques that are now used to identify real currency from fake money and to invest in building  fake detection technologies (Patrini, et.al., 2018).

Social media and technology companies generate huge amounts of revenue from advertisements (ads) on their sites. For example, 98.5% of Facebook’s $55.8 billion in revenue in 2018 was from digital ads (Investopedia, 2020). Like Facebook, YouTube earns most of its revenue from ads through sponsored videos, ads embedded in videos, and sponsored content on YouTube’s landing page (How Does YouTube Make Money?). With all this money to be made, selling space for politically-themed ads has become a major part of social media companies’ business models.

Political ads are one part of the larger problem of fake news on social media platforms like Facebook. Researchers found that "politically relevant disinformation" reached over 158 million views in the first 10 months of 2019, enough to reach every registered voter in the country at least once (Ingram, 2019, para. 2). Nearly all fake news (91 percent) is negative and a majority (62 percent) is about Democrats and liberals (Legum, 2019, para. 5).

But political ads are complicated matters, especially when the ads themselves may not be factually accurate or are posted by extremist political groups promoting hateful and anti-democratic agendas. In late 2019, Twitter announced it will stop accepting political ads in advance of the 2020 Presidential election (CNN Business, 2019). Pinterest, TikTok, and Twitch also have policies blocking political ads—although 2020 Presidential candidates including Donald Trump and Bernie Sanders have channels on Twitch. Early in 2020, YouTube announced that it intends to remove from its site misleading content that can cause "serious risk of egregious harm."  More than 500 hours of video are uploaded to YouTube every minute.

Facebook has made changes to its policy about who can run political ads on the site, but stopped short of banning or fact-checking political content. An individual or organization must now be “authorized” to post material on the site.  Ads now include text telling readers who paid for it and that the material is “sponsored” (meaning paid for). The company has maintained a broad definition of what counts as political content, stating that political refers to topics of “public importance” such as social issues, elections, or politics. Read the official statements by Facebook about politics and political ads:

The extensive reach of social media raises the question of just how much influence should Facebook, Twitter and other powerful technology companies have on elections and/or public policy. Policymakers and citizens alike must decide whether Facebook and other social media companies are organizations like the telephone company which does not monitor what is being said or are they a media company, like a newspaper or magazine, that has a responsibility to monitor and control the truthfulness of what it posts online.

To support media literacy learning, INVESTIGATE asked students to analyze the point of view and evaluate the claims of an opinion piece about a public issue—many of which are published on social media platforms. UNCOVER explored the emergence of deepfakes and fake profiles as features of political messaging.  ENGAGE examined issues related to regulating the political content posted on Facebook and other social media sites. These modules highlight the complexity that under the principle of free speech on which our democratic system is based, people are free to express their views. At the same time, hateful language, deliberately false information, and extremist political views and policies cannot be accepted as true and factual by a civil society and its online media.